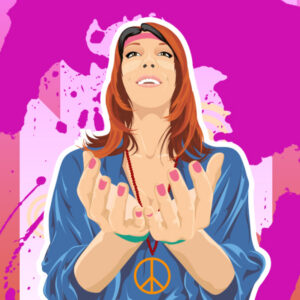 Einstein’s Special Theory of Relativity showed time is, well, relative. And nowhere is that truer than for the characters in the hit songs of yesteryear. Popular music evolved from rock, to oldies, to classic rock. Yet the characters crooned about in the songs that once made Casey Kasem’s American Top 40 have found a way to stay, in Rod Stewart’s words, “Forever young.” Or as Styx put it, “ageless and timeless as Dorian Gray.”

But consider this: You aren’t the same age you were when you first heard those songs, and neither are the people mentioned in them. So, just how old would they be today? It’s worth a look.

The Beatles told us about “Lovely Rita” of meter-maid fame. She was likely in her mid-20s when that song was released in 1967. (Incidentally, some folks claim Paul McCartney wrote it after watching a woman police officer write him a parking ticket, though his biographer disputes that.) Rita would now be pushing 80 in 2022.

The same goes for the statuesque woman described in another memorable melody.

“Tall and tan and young and lovely,

The girl from Ipanema goes walking;

If she walked past people wearing that bikini today, they would go “Ew!” Since the lady mentioned in the 1964 Stan Getz classic would be an octogenarian now.

This next one is easier to peg because her age is part of the title. Remember the college ditz Steely Dan sang about in the 1980 hit “Hey Nineteen”? You know, the one who “don’t remember the Queen of Soul.” (That was Aretha Franklin, by the way, for those of you who also don’t remember.) If she were real, she would be preparing to file for Social Security now at 61.

For many years, there was great speculation about the true age of the cougar outlined in Rod Stewart’s 1971 “Maggy May.” We know she is older than the college boy she has seduced. After all, “The morning sun when it’s in your face really shows your age.” (This classic’s origin is more certain since Stewart said it was “more or less” based on true events.) But exactly just how much older was for many years hotly debated over late-night beers by males who heard the song in their youth. Some said 30s; others argued for 40s. If we split the difference, Maggy May would be nearing 90 now.

How about the outer space hero David Bowie told us about in his 1969 “Space Oddity”? You remember: “Ground Control to Major Tom; take your protein pills and put your helmet on.”

Given that most astronauts were in their mid-30s during the Apollo program’s heyday, Major Tom would be hitting 90 today. (Though in the song’s ending, Bowie left him floating somewhere out there in the colossal vastness of space.)

And what about the narrator of the song that’s a serious contender for the Baby Boomer anthem? You’ll recall “American Pie” was sung by a narrator in the first-person voice. Assuming the young man who in 1971 walked us through a rollcall of 1950s and 60s touchstone hits was around 25, he would be 76 right now.

People from our past (even those who don’t really exist) freeze in our minds the way they were when we left them. That’s why the Girl from Ipanema will always walk “…like a samba that swings so cool and sways so gently when she passes,” instead of a senior citizen struggling to drag her walker through the sand.

What, you rightfully ask, is the historical significance to all this? Nothing. But with the West and Russia flirting with World War III over Ukraine, gasoline so expensive it takes a second mortgage to fill up your tank, and inflation taking a bigger chomp out of your paycheck each week, it’s refreshing to divert our attention to something that doesn’t mean a hill of beans except that everyone gets older. Even characters who don’t exist.

Which brings us to the concluding point. “Will you still need me, will you still feed me, when I’m sixty-four?” Paul McCarney famously wanted to know in 1967. The answer is long since in Sir Paul’s rearview mirror: He turns 80 this June.