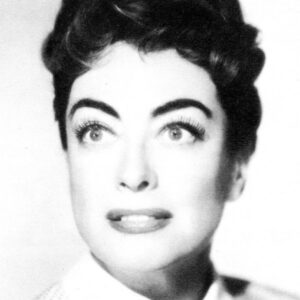 Mother’s Day is here again. The air is filled with prose from Hallmark, florists are exhausted, and where restaurants are open tables are scarce. All to honor dear old mom.

But let’s take the opposite view. Permit me to introduce the Five Worst Moms in History.

First, a word about mothers who didn’t make the list.

It’s not fair to rate someone a terrible mom based on her child’s misdeeds. For example, Klara Hitler was reportedly a kind mother. Though she raised a monster, she didn’t start World War II. When Germans shouted, “Heil Hitler” they meant the son, not the mom.

It’s not sporting to go after easy targets such as actress Joan Crawford, whose motherly shortcomings were chronicled in her daughter’s tell-all expose “Mommie Dearest” (which forever changed the way we view wire clothes hangers, too).

Finally, there are the freaks, such as Nadya Suleman, the “Octomom” who bore a litter of eight test-tube babies. (She’s been punished for her self-inflicted stupidity far beyond anything I could add here.)

My basis was simply this: Did the woman do something horrible in her role as a mother? With that, let’s meet maternity’s worst of the worst.

He may have been the Father of Our Country, but George Washington had a miserable mom. While he was working 24/7 to keep the American Revolution alive, she was badmouthing the Patriot cause to everyone. French military officers in Virginia even claimed she was an outright supporter of England’s King George III. She embarrassed poor George all the way to the presidency.

This Show-Me State girl made the FBI’s Public Enemies list in the 1930s. J. Edgar Hoover called her “the most vicious, dangerous and resourceful criminal brain of the last decade” by making crime the family business. How’s that for bad parenting?

Sons Herman, Lloyd, Fred, and Arthur Barker became criminals the minute they got out of diapers. Murder, car theft, kidnapping, armed robbery, bank holdups—the boys did it all. And Ma was right there with them. Things abruptly ended in a rural Florida hideout in 1935. A shootout with FBI agents straight out of a gangster movie ended with Ma and Fred going down. At least the family was consistent: They were rotten right up to the end.

Her name may not ring a bell in the U.S., but it’s scandalous in the U.K. This 19th-century nurse, dressmaker, and housekeeper had a secret hobby: She poisoned and killed 11 of her 13 children, her four husbands, two lovers, plus two others. All for their insurance money. Arsenic was her weapon of choice. She racked up a body count of 21 before Scotland Yard finally caught up with her. When Mary Ann Cotton was hanged in 1873, the rope was cut too short, possibly deliberately. A bad ending for a truly Bad Mom.

I know, I know; I wrote earlier that having a bad son doesn’t automatically make one a Bad Mom. But Jesse James’ mom was bad to the bone herself.

Admittedly, Zerelda Cole had many tough breaks in life. She hated her stepfather and married at 16 to flee home. Husband Robert James was a Baptist preacher. They moved to Missouri where Jesse was born. Robert left during the California Gold Rush, where it’s believed he died.

She quickly remarried. Husband #2 disliked Jesse and treated him cruelly. The problem was soon resolved when he was thrown from a horse and killed.

Zerelda then married Husband #3, “a quiet, passive man described as standing in the shadow of his outspoken, forceful wife.” Read: She wore the pants in the family.

During the Civil War, the James-Samuel blended family was fiercely pro-Southern. Pro-Northern militia hanged Husband #3 in the family’s yard, seriously injuring–but not killing–him. Then Jesse turned to crime. When Pinkerton detectives went after the James Gang they were warned, “If the boys don’t kill you, the old lady will.” They fire-bombed her farmhouse (when Jesse wasn’t there), killing her youngest son and blowing off Zerelda’s arm.

Zerelda spent her final years turning the James farm into a tourist trap. For 50 cents a head she gave guided tours. In a last bit of larceny, she sold old, rusted, guns that she claimed had belonged to Jesse; she actually bought them cheap at second-hand shops and charged a fortune for them. Which is why dozens of private gun collections today still boast a firearm that was “carried by Jesse James.” Truly Bad Mom material from start to finish.

If you saw the show, you understand. ‘Nuff said.

Be sure to do something nice for your mom today. She’s earned it.