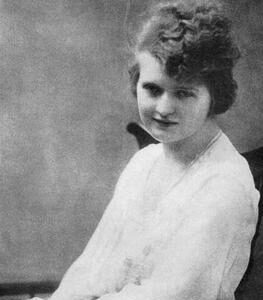 Americans place our presidents on lofty pedestals while forgetting they were real humans. All too human, in some cases, especially when it comes to fooling around.

The problem began early on. Thomas Jefferson fathered at least one child, and possibly more, with a slave.

James Garfield is next on the presidential philanderers’ list. The long-suffering Mrs. G. eventually issued an ultimatum. Garfield remained married and reportedly stayed faithful from then on.

Did Woodrow Wilson have a pre-presidential affair? He seemed to have conducted some kind of romance during a rough patch in his first marriage. Historians are divided over whether it was platonic or physical.

FDR came within a whisker of destroying his marriage (and his presidential prospects) over his well-known affair.

Eisenhower is widely thought to have carried on a wartime dalliance with his much younger female British chauffeur.

Finally, there were the Big Three cheaters: JFK, LBJ, and Bill Clinton. Their extramarital exploits are far too numerous to fit in this limited space, and too well-known to require rehashing.

But one president’s trysts stand out from all the others. Because it produced a love child.

Warren Harding was among the most handsome presidents we’ve had. A newspaper owner from Marion, Ohio, he parlayed his good looks and likable smalltown demeanor into a Senate seat.

As he was rising to the top, teenage Nan Britton developed an infatuation with Harding that bordered on obsession. She stalked him on Marion’s sidewalks and plastered her bedroom walls with his photos.

Her dad eventually asked Harding to help Nan get over her crush. He had a fatherly chat with her saying, “The right man will come along one day, dearie.” (Harding was already engaged in an extramarital affair at the time. It lasted more than a decade, with him writing hundreds of love letters—some even on U.S. Senate stationery, a spectacularly stupid move for a guy in the national spotlight.)

It was eventually off to a secretarial job in New York for Nan. That, her family hoped, would be the end of that.

But Harding began making trips to the Big Apple, and Nan began turning up in cities around the country where Harding was lecturing.

The pair got a major jolt in early 1919: Nan was pregnant.

The baby was quietly born on October 22 and named Elizabeth Ann Christian on the birth certificate so there was no paper trail.

Almost exactly one year later, Harding was elected president. The affair continued. Nan later claimed she and Harding were intimate in a closet just off the Oval Office. (John Kennedy reportedly was very interested to learn which closet it was 40 years later.)

According to Nan, Harding slipped her cash for the baby’s upbringing.

In the blink of an eye, everything changed.

Harding died out of the blue in a San Francisco hotel room on August 2, 1923. The shock was followed by a bigger jolt for Nan: the child support money was now gone. When attempts to hit up various Harding relatives and political insiders didn’t work, she upped the ante.

She released “The President’s Daughter” in 1928, America’s first political tell-all expose. And Nan told all, in the truest sense of the word, with lurid details that even shocked the racy sensibilities of the Roaring Twenties.

It was the last thing Harding’s reputation needed. Soon after his death, word broke of one scandal after another including the granddaddy of them all, Teapot Dome. While Harding was personally honest, many officials around him weren’t. They schemed ways to make a fast buck at the government’s expense. Word that Warren experienced afternoon delight in an Oval Office closet only increased his legacy’s downward spiral.

There was also official outrage. Congressman John Tillman of Arkansas even introduced a bill trying to keep Nan’s book off store shelves, calling it “a blast from Hell.”

The Harding family never responded to Nan’s claims, but a family friend did. Charles Klunk, a hotel owner back in Marion, wrote his own book which essentially called Nan a tramp. The infuriated former presidential paramour sued for libel in 1931.

Calling the trial nasty is an understatement. Nan’s reputation was dragged through the mud, and there was lots of mud to be dragged through. Testimony showed Nan was, in the terminology of the day, “a girl who got around.”

In the end, jurors found Nan had shown herself to be “of low moral character” by publishing her book. It also found no evidence proving Elizabeth Ann was the president’s daughter.

Time marched on. In 1964, a reporter found Nan living near Chicago, but she refused to talk to him. She insisted to her death in 1991 that she had borne Harding’s love child.

Like her mother, Elizabeth Anne shunned interviews, although she did tell one reporter in the 1960s her mother had confirmed Harding’s paternity to her in 1934, adding, “It’s not something that you bring up in casual conversation.” DNA testing arrived, yet she went to her grave in 2005 refusing to take one. Her children likewise declined.

But a decade later, relatives changed their minds. In 2015, The New York Times carried this headline: “DNA Is Said to Solve Mystery of Warren Harding’s Love Life.” The evidence revealed Elizabeth Ann was Harding’s daughter.

History is littered with much gossip and innuendo. Every so often, some of it turns out to be true.