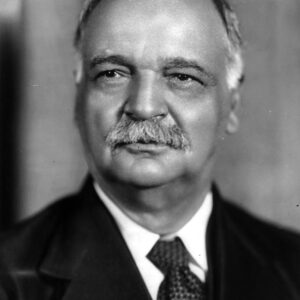 HOLY COW! HISTORY: The Veep Who Got Punked

Let’s face it, we’ve all fallen for a prank at one time or another.

It’s downright embarrassing for anyone to admit when you’ve been punked, but imagine how Charles Curtis felt.

Curtis was Herbert Hoover’s vice president. And if being stuck playing second fiddle to the president during the Great Depression wasn’t bad enough, two college boys pulled a fast one on the Veep in 1930. Here’s how it happened:

Lester Blumner and Edward T. Horn III were stumped. The students worked on their school newspaper, The Cornell Daily Sun, and were tasked with finding a way to make the upcoming staff banquet interesting. A university soiree—especially one happening amid the worst economic crisis in the country’s history—hardly gets the pulse racing.

So, the pair turned to the favorite gimmick of college boys ever since Aristotle sat at Plato’s feet: The hoax.

It had all started a few days earlier when a professor was discussing how several prominent French politicians had been swept up in a scandal by supporting a swindler. That, the instructor smugly sniffed, could never happen in the United States.

College boys rarely let a challenge go unanswered. It suddenly occurred to Blumner and Horn that they could kill two birds with one stone. They could make the Daily Sun’s banquet an affair to remember while also proving the professor wrong in the bargain.

The two prepared ornate invitations to the dinner which, they claimed, was being held to honor the founder of the Republican Party in New York state, one Yugo N. Fry. (“You go and fry,” it should be noted, was a Victorian way of suggesting someone take up residence in the Devil’s domain.) Blumner and Horn then mailed the invitations to VIPs far and wide.

None of them attended the dinner. But nobody, it seems, bothered to stop and consider that the New York Republican State Committee was founded in 1855, which would have made the fictitious Fry at least 100 years old. Not wanting to risk offending a supposed grand old man of the Grand Old Party, many sent letters larded with flowery language praising the venerable political pioneer for his decades of toil.

When the big night came, Blumner and Horn had the banqueters in stitches by reading the celebrities’ correspondence. The showstopper was the letter from Vice President Curtis, commending Fry for his long service to the Party of Lincoln. Both guys went home satisfied they had proven their professor wrong by showing American pols are just as gullible as those anywhere else.

And if that had been the end of it, the matter likely would have become lost in the sea of good-natured college pranks.

But it wasn’t the end. Because one banquet attendee had a friend who worked at The New York Times and promptly told him about it. Since the prank involved the vice president, the Times reported the story.

Now the university’s name was dragged into the mess. The reaction of Cornell officials is best described with Queen Victoria’s famous line: “We are not amused.” They demanded Blumner and Horn’s heads on a platter.

The guys eventually cut a deal. They issued a humble apology for the embarrassment they had inadvertently caused the school and resigned their positions on the Daily Sun. In exchange, they were not expelled. However, the pair managed to get the last laugh: They continued printing stories in the school paper under assumed names right up until their graduation.

The Yugo N. Fry incident didn’t harm its perpetrators. Blumner went on to serve honorably in the U.S. Army in World War II. Horn even became a prominent Lutheran pastor.

And the person who was supposedly victimized by the prank got the biggest kick of all from it. VP Curtis reportedly thought it was clever and chuckled over the whole thing.

Proving there actually was a time once when our country’s leaders could laugh at things. Even themselves.