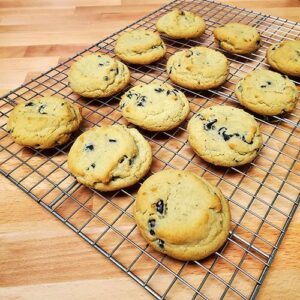 Posted to Politics June 11, 2021 by Daryl James and Erica Smith

Albuquerque baking enthusiast Katie Sacoman has big plans for Independence Day weekend. The stay-at-home mom will have new freedom to make money in her own kitchen, and she will be ready.

City law currently criminalizes homemade food businesses, which means that Sacoman cannot sell a single cookie, brownie, or loaf of bread from her oven. But the ban will end on July 1 when the New Mexico Homemade Food Act takes effect.

“My goal is to have everything set so I can have a Fourth of July pop-up shop,” Sacoman says.

Other celebrations will occur from sea to shining sea as multiple states ease restrictions on “cottage food,” which refers to food made in a home kitchen for sale. Already in 2021, cottage food producers have scored victories in 13 states.

The first nine wins came through legislative action. Alabama, Arkansas, Oklahoma, Minnesota, Montana, New Mexico, and Wyoming all passed cottage food reform in 2021, while Florida and Illinois will join the parade soon when their governors sign bills that already are on their desks.

Some of these states made incremental improvements to their laws while others took giant leaps forward. Oklahoma and Montana, for example, will allow cottage food producers to sell more than just shelf-stable baked goods and desserts. They will join North Dakota, Utah, and Wyoming as the only states that allow people to sell homemade perishable food.

Three more cottage food victories have come in court. The Institute for Justice, a public interest law firm, has forced recent improvements through litigation in Nebraska, Wisconsin, and North Dakota. Now Cindy Harper can sell her homemade sugar cookies in Lincoln, Steph Zink can sell her homemade granola in Milwaukee County, and Naina Agarwal can sell her Indian street food in Bismarck.

With so much winning, Pennsylvania’s Allegheny County did not even try to fight back when the Institute for Justice inquired about a total ban on cottage food in Pittsburgh and surrounding communities. Health Department officials agreed on May 6 to end the policy and rescind the cease-and-desist letters they already had mailed. The administrative change pushes the final tally to 13 states with cottage food reform in 2021, making a baker’s dozen.

Without these allowances and similar reforms from previous years, aspiring food entrepreneurs would need to spend tens of thousands of dollars to rent or build commercial-grade kitchens before they could pursue their dreams. Many home bakers do not have that kind of dough.

Fortunately, cottage food resistance has waned as consumer demand grows for local products. People like knowing where their food comes from, and they like keeping money in their own communities. The COVID-19 pandemic has accelerated the trend, as lawmakers increasingly recognize the need for people to earn income at home.

Studies show that people who benefit the most tend to be low-income women, especially in rural areas. Cottage food laws also help immigrants, farmers, and caretakers with responsibilities at home.

Despite mounting evidence that cottage food creates jobs without jeopardizing public health and safety, pockets of resistance remain. Many Massachusetts cities ban homemade food sales, for example. Rhode Island is another no-go zone for anyone who is not a farmer, although proposed legislation would end the two-tier system.

The only holdout with a complete statewide ban on cottage food is New Jersey. Even that prohibition could end in summer 2021. Following an Institute for Justice lawsuit, the New Jersey Department of Health has proposed administrative rules to allow the sale of all homemade foods not requiring refrigeration.

Heather Russinko will welcome the change. She makes artisanal breads and “cake pops” on sticks that her New Jersey neighbors love, but she cannot exchange them for money. Russinko says if she could start selling her products she would be able to save money to send her teenage son to college.

That would be something to celebrate on Independence Day, as more people than ever turn on their ovens and work without government interference.

Daryl James is a writer and Erica Smith is a senior attorney at the Institute for Justice in Arlington, Va. They wrote this for InsideSources.com.