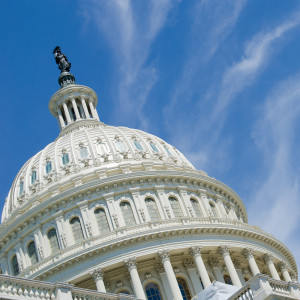 House lawmakers are looking to add clarity to a patchwork of legal interpretations Thursday by introducing a bill that more precisely defines what joint-employment is.

The joint-employer standard determines whether an employer is responsible for the employees of a company it contracts with. The law has allowed for multiple interpretations from courts and federal agencies. Republican Rep. Bradley Byrne is leading a group of lawmakers hoping to end the uncertainty through legislation.

Byrne introduced the bill during a press conference alongside other lawmakers and business owners. Republican Rep. Virginia Foxx, chairwoman for the House Education and the Workforce Committee, was among the lawmakers who joined in support. The bill is receiving some bipartisan backing as well.

The National Labor Relations Board (NLRB) found itself at the forefront of the debate in recent years. The board was able to implement an updated standard by changing how it ruled on labor dispute cases. Those opposed argue the updated standard exposed employers to unnecessary risks by being too vague.

Employers take on a lot of legal burdens and costs when they become joint-employers. The updated labor board standard could potentially impact any group of businesses that contract together. Franchises were of particular concern since their business model relies on large corporations contracting with many small businesses.

“Without the passage of this legislation, a patchwork of rules governing employer liability will continue to hinder thousands of beneficial business relationships including franchise businesses, contractors, and temporary staffing agencies,” Trey Kovacs, labor policy expert at the Competitive Enterprise Institute, said in a statement provided to InsideSources. “Congress is reclaiming its responsibility from bureaucrats for a policy that has a huge economic impact. It is imperative that Congress quickly pass this legislation.”

The joint-employment standard is determined based on how much control one employer exerts over the employees of another company. Critics contest the patchwork of various interpretations makes it difficult to reasonably determine whether an employer is exerting too much control.

The NLRB revisited the joint-employment standard during a handful of labor dispute cases in recent years. The Browning-Ferris Industries case set the precedent for the new standard when it was decided in 2015. The Department of Labor further solidified the change by issuing its own informal guidance.

President Donald Trump has already begun the process of rolling back changes brought about by the last administration. Labor Secretary Alexander Acosta announced that the department would be withdrawing from its earlier informal guidance on the updated standard.

Business leaders and industry groups have testified against the updated standard many times before. The National Restaurant Association has filed several legal briefs during key joint-employment cases. The U.S. Chamber of Commerce has issued reports highlighting why the updated standard is dangerous for businesses.

“The current standard is vague and negatively impacting small businesses and employees across the country including the restaurant industry,” Cicely Simpson, executive vice president of the National Restaurant Association, said in a statement provided to InsideSources. “We urge the House to bring the bipartisan Save Local Business Act to the floor for a vote as quickly as possible.”

The International Franchise Association played a major role in readdressing the joint-employer standard. It has spoken with federal lawmakers, launched media campaigns, testified before congressional hearings, supported lawsuits, and backed opposition efforts from the business community.