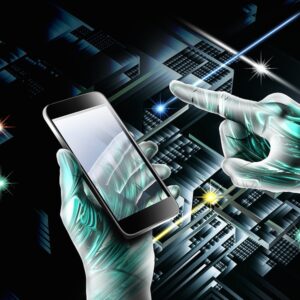 When it comes to reining in Big Tech, the American public broadly agrees Washington should do more. Shortly before Democrats in the House of Representatives released a 450-page report on competition in digital markets, Pew Research found 72 percent of Americans believe “social media companies have too much power and influence in politics.” The same survey revealed 47 percent of Americans believe “major tech companies should be regulated by the government more than they are now.”

Recognizing the public’s desire to curb the influence of Big Tech, House Democrats recently introduced five bills that would reshape America’s antitrust laws and restrict the ability of large tech platforms to operate. Of particular concern is the Platform Competition and Opportunity Act (PCOA), which would prohibit “acquisitions of competitive threats by dominant platforms, as well as acquisitions that expand or entrench the market power of online platforms.”

In a statement following the introduction of PCOA, Rep. David Cicilline (D-R.I.), chair of the House antitrust subcommittee, stated it “will level the playing field and ensure the wealthiest, most powerful tech monopolies play by the same rules as the rest of us.”

Echoing Cicilline’s statement and highlighting a consensus, ranking member Rep. Ken Buck (R-Colo.) stated tech platforms “have prioritized power over innovation and harmed American businesses and consumers in the process. These companies have maintained monopoly power in the online marketplace by using a variety of anticompetitive behaviors to stifle competition.”

Under the provisions of PCOA, tech platforms with more than 500 million monthly active users or a market capitalization of over $600 billion would be prohibited from fully or partially acquiring competitors. Under this law, Facebook would have been banned from purchasing WhatsApp or Instagram, and Google would have been unable to buy Android.

One of the principal flaws with PCOA is that it will disrupt the tech ecosystem and hamper innovation, particularly among smaller tech startups. A 2019 study found “50 percent of startup executives listed acquisition as a long-term goal,” meaning that half of all startups seek to be acquired by larger incumbents.

As a result of these acquisitions, founders of small tech startups can “take profit at this exit and use the proceeds to fund new investment in a new startup,” generating more innovation, more economic output, and more consumer benefits.

If these acquisitions were prohibited, a significant incentive to founding new startups would be lost. This would ultimately mean consumers are denied access to potentially groundbreaking future technologies and services.

Reduced incentives to found startups would also have profound consequences for the broader economy. In 2020, it was estimated that tech startups created over three million jobs. In 2019, the year before, the tech sector contributed $1.9 trillion in economic output to the U.S. economy. Without the incentive of acquisition and fewer startups being founded, jobs and economic output will be lost.

Aside from disincentivizing startups and harming the tech ecosystem, preventing acquisitions will also harm consumer welfare by denying them access to the benefits large companies can provide. In 2005, Google purchased a little-known company called Android for $50 million. As a result of its acquisition, Google now competes with Apple in the mobile operating system market and has created a new advanced smartphone line. In total, 129 million Americans use an Android device.

Had a PCOA-styled law been on the statute books in 2005, Google would have been prevented from acquiring Android, which, in turn, would have left Apple as the sole U.S. mobile operating system operator and denied consumers Android’s benefits. Clearly, not only do these acquisitions provide consumers enhanced welfare, but they can also stop the establishment of monopolies.

When considering whether larger companies should be allowed to acquire smaller competitors, lawmakers should abandon the immediate presumption that “big is bad.” Instead, they should understand that acquisitions can support innovation, the broader economy, consumer welfare, and a competitive marketplace. Instead of deferring to a “big is bad” mentality, policymakers should recognize this reality and craft policy that supports the current tech ecosystem, not make it harder for tech platforms to operate.

After all, popular politics does not mean good policy.