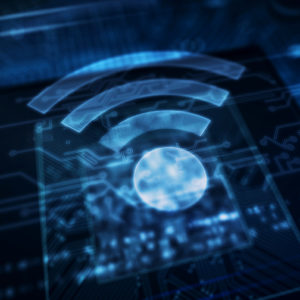 Some House Democrats and special interests are making the ludicrous claim that the Federal Communications Commission (FCC) is stealing airwaves from automotive safety. The truth is quite the opposite: On a unanimous, bipartisan basis, the FCC adopted rules in November 2020 that allowed the latest automotive safety technology to operate in the 5.9 GHz band, with the added bonus of providing more unlicensed Wi-Fi and broadband. This decision was a win-win for businesses and consumers across the country, and relitigating this policy is a waste of congressional time, attention, and taxpayer dollars.

The government is terrible at picking winners and losers when allocating scarce taxpayer resources, and it certainly did a bad job when it bet on dedicated-short-range communications (DSRC) technology for the 5.9 GHz band. Twenty years ago, the FCC gave the automotive industry a section of airwaves for free to operate exclusively DSRC technology to help cars “talk” to each other to avoid collisions. But DSRC, which had to be used across all vehicles to be entirely effective, never fully materialized. And the technology was surpassed by newer and better safety innovations like 5G-enabled C-V2X. Because the FCC bet on the wrong horse, these public airwaves sat fallow for two decades.

Thankfully, the FCC fixed this problem in the 5.9 GHz band to allow for automotive innovations like C-V2X to operate in the upper 30 MHz of the band and unlicensed uses like Wi-Fi in the lower 45 MHz of the band. The claim that this is a “dangerous” decision that will increase accidents on the road and risk lives is simply not true. In fact, traffic safety will be improved by reallocating the upper 30 MHz of spectrum for the most modern safety technology available. Several automakers, including Audi and Ford, are embracing new C-V2X technologies, and are already testing them on roads in the U.S. The FCC did not make its decision lightly, or in a vacuum; 30 MHz of spectrum is the international standard for auto safety allocation.

Special interests have been working hard to convince members of Congress and the FCC to revisit this bipartisan decision simply because they want their “free” spectrum back. This additional 45 MHz of spectrum would likely be used for non-safety applications, including toll collection, truck platooning, traffic congestion monitoring, and infotainment systems. If the automotive industry wants to use cellular networks for these technologies, it should purchase available spectrum at an FCC auction, as do other telecommunications providers. The spectrum certainly should not be given away for these applications.

The new rules in the 5.9 GHz band could not have come at a more important time. As millions of Americans worked and learned from home, Wi-Fi became essential to keeping people connected.  Internet traffic was growing at an estimated 30 percent annually before the pandemic, but according to US Telecom, it grew by 38 percent in April and May 2020, the first two months after lockdowns and shutdowns began. Broadband networks continued to support the offload of mobile data traffic, which according to NCTA – The Internet & Television Association, allowed Wi-Fi data traffic to increase. These numbers make it clear: more Wi-Fi spectrum is needed to support the growing bandwidth and device requirements, and this demand is not going away any time soon.

To help meet the increased demand caused by pandemic restrictions, on May 4, 2020, the FCC authorized temporary access to the 5.9 GHz band for Wireless Internet Service Providers (WISPs) to deliver broadband. Nearly 200 WISP operators took advantage of this special authorization, connecting thousands of rural Americans to remote work, school, telehealth, and other online applications. This is an excellent example of how unlicensed technology in the 5.9 GHz band works for the benefit of all Americans.

Public resources like the 5.9 GHz band should be maximized to their fullest potential, and that means the FCC made the correct decision to dedicate those airwaves to both the most modern automotive technology and for unlicensed uses. Members of Congress or the FCC should not waste any time trying to undo something that is already working as intended.

Deborah Collier is Vice President for Policy and Government Affairs at Citizens Against Government Waste. She wrote this for InsideSources.com