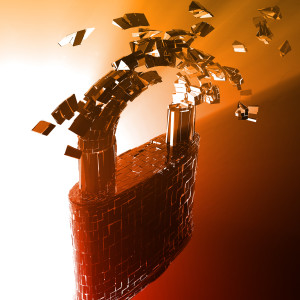 The House of Representatives voted in favor of granting citizens of European allied countries privacy protections under U.S. law Tuesday, two weeks after an EU court threw out a 15-year-old data exchange agreement over concerns about U.S. surveillance practices.

Under suspension of the rules, representatives passed the Judicial Redress Act via a voice vote Tuesday evening. The legislation grants EU citizens rights similar to those enjoyed by Americans under the Privacy Act, including the right to pursue civil action against U.S. government entities like the National Security Agency “for purposes of accessing, amending, or redressing unlawful disclosures of records maintained by an agency.”

The Justice Department, along with the State, Treasury and Homeland Security Departments have the authority to grant EU citizens of eligible countries extended privacy rights, so long as the “country or organization has appropriate privacy protections for sharing information with the United States to prevent, investigate, detect, or prosecute criminal offenses.”

Authored by USA Freedom Act chief sponsor and Wisconsin Rep. Jim Sensenbrenner, the bill works in conjunction with a recent U.S.-EU umbrella agreement aimed at enhancing cooperation with allies’ law enforcement agencies across borders “in relation to the prevention, investigation, detection or prosecution of criminal offenses, including terrorism.”

“It is my hope that passage of the USA Freedom Act, and the unequivocal end to mass, suspicion-less surveillance in the United States, was a first step toward normalizing relations with our allies,” Sensenbrenner wrote in a recent Hill op-ed. “But the Judicial Redress Act is an important second step.”

Under the law EU citizens will also be afforded the opportunity to correct flawed information in U.S. records that could subject them to surveillance or criminal charges. Americans are already afforded similar rights in Europe.

Federal law enforcement agencies, DOJ, the U.S. Chamber of Commerce and a broad swath of U.S. businesses all came out in support of the bill ahead of the House vote.

Silicon Valley’s urgency for the bill increased substantially two weeks ago after the European Court of Justice struck down the so-called “Safe Harbor” agreement, which allowed some 5,000 U.S. and EU tech companies to self-certify they were transferring and processing the data of EU citizens in compliance with EU privacy standards.

“The European Court of Justice’s decision to invalidate the U.S.-EU Safe Harbor agreement makes passage of the Judicial Redress Act even more imperative to preserving the flow of data between European countries and the United States,” Reform Government Surveillance, a coalition of companies including Apple, Google, Facebook, Microsoft and more, said in a statement.

According to former NSA contractor Edward Snowden — the whistleblower responsible for revealing the surveillance practices that led to the Freedom Act, Redress Act and Safe Harbor ruling — the agreement was used to facilitate surveillance practices legalized in Section 702 of the FISA Amendments Act. That authority allows the NSA to tap the physical infrastructure of the Internet, like undersea fiber cables, to collect and surveil the content of communications (not just metadata) in transit between borders.

Absent the agreement, companies face legal uncertainty in transferring data across the Atlantic until the two sides ink a new deal, which has been in the works for the last year and a half.

“The coalition has consistently noted that, in general, the act is an important next step in surveillance reform after passage of the USA Freedom Act,” the group continued. “By extending the rights of the Privacy Act — which allows individuals to access, review, and request correction of information that a government agency may collect — to our EU allies, we will enable governments to cooperate fully in cross-border law enforcement and counter-terrorism investigations.”

The European Commission cited the Judicial Redress Act as a key requirement for approving the umbrella agreement mentioned by Sensenbrenner to facilitate greater cooperation between law enforcement agencies across the Atlantic.

“These rights can be a step toward restoring mutual trust between Europe and the United States,” Computer and Communications Industry Association president and CEO Ed Black said in a statement Tuesday.

“The civil judicial remedies the act would provide to our allies are already reciprocated for U.S. citizens in most EU member states, and as such, the bill’s passage is an issue of basic fairness. The Act would also form the basis for improved law enforcement, and potentially for commercial, data transfers across the Atlantic, and that has earned it broad support from a range of groups. We now call on the Senate to swiftly pass the Judicial Redress Act.”