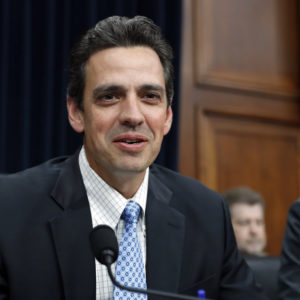 Republican leaders in the House of Representatives are floating a new approach to appropriations that some argue will result in a more transparent and efficient government funding process. Traditionally, Congress’s powerful appropriations committees pass a dozen individual bills that collectively approve over a trillion dollars in funds for the federal government’s sprawling apparatus of agencies, departments, and programs. In practice, this approach to government funding rarely goes smoothly, especially in recent years as partisanship has increasingly taken hold of Washington.

The Chairman of the Financial Services Appropriations Subcommittee, Rep. Tom Graves, R-Ga., has championed a proposal in recent weeks that would abbreviate the appropriations process by consolidating all twelve appropriations bills into one large package to put before the House of Representatives for an up or down vote. In an interview with InsideSources, Graves said that keeping the appropriations process open and transparent while still getting the funding proposals through to the Senate before the August recess was always going to be a tall order. He said that his suggested tweak to the process, which mirrors the approach taken in many state legislatures, emerged “organically” with support from his colleagues as a way to keep Congress on schedule.

While a number of Graves’ colleagues are on the record supporting his proposal, a statement from late last month issued by Jennifer Hing, a spokesperson for Appropriations Committee Chairman Rodney Freylinghuysen, R-N.J., suggested that the GOP leader might be lukewarm to deviating from the tradition of attempting to pass separate standalone appropriations bills. “The Chairman is committed to completing all 12 appropriations bills,” she had told The Hill.

Graves, however, said that he has spoken with the Chairman about his idea and he believes the prospect of moving on a single all-encompassing appropriations bill is still in play. He argued that his proposal would be compatible with the Chairman’s commitment to pass all 12 appropriations bills through committee, the only difference being that the full House would then only have to take one vote. Graves added that the time to make a decision on how to proceed on the appropriations strategy is approaching rapidly, stating, “I imagine that play call will have to be made in the next couple of days.”

When reached by email for clarification, Hing, Freylinghuysen’s spokesperson, seemed more open to the idea of a single omnibus appropriations bill, stating: “The Committee is reviewing all options to ensure that essential funding legislation is enacted in a timely and responsible manner.”

While Graves wouldn’t say whether he thinks the new approach would represent a permanent shift in how the House conducts its business in future years, he did say that he has heard from Democrats who seem supportive, in principle, of streamlining the appropriations process. “They as well recognize that we have a broken process,” he said.

Historically, members of the Republican Party have been hesitant to move on large funding packages, arguing that leaving all government funding to a single vote makes it more difficult to control spending. But in this case, Graves said that the current process is so broken his approach would actually represent “the most inclusive and transparent way to fund our government.”

“In our current system, members may vote on one, two, three, four bills through the House of Representatives and then at some point later in the year may be asked to vote on something that has a trillion more dollars of spending to it that they’ve never seen before,” he said.

While Democrats may be receptive to Graves’s proposal to simplify the appropriations process, they seem less likely to be supportive of what will ultimately end up in the House’s spending proposal. When asked about the specifics of what might be included, Graves pointed to conservative priorities such as funding national defense programs, promoting pro-life principles, boosting border security, creating a more favorable climate for businesses, and generally reducing the size of government.

Regardless of what the House of Representatives ends up passing, any final appropriations proposal will need at least some support from Senate Democrats, as Majority Leader Mitch McConnell has stated that he has no intention of using the “nuclear option” to eliminate filibuster protections traditionally granted to the minority party in the upper chamber for such legislation.