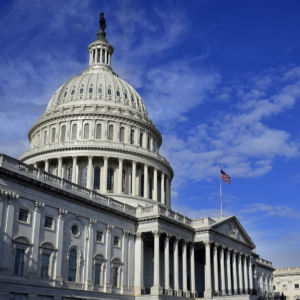 Emboldened House Republicans moved quickly this week to advance legislation under the Congressional Review Act that would force a repeal of Obama-era education department rules.

There are two sets of regulations in question: one dictates the way states and local school districts are held accountable for school quality and student learning under the Every Student Succeeds Act.

The other monitors teacher preparation systems and was technically issued under the authority of the Higher Education Act—though the regulations also impact K-12 systems.

The Congressional Review Act permits Congress to act within 60 legislative days from when a rule issued by a federal agency takes effect.

As is often the case when power shifts in Washington, the window to review the outgoing administration’s lame duck, or “midnight” rules, has been extended, making the late autumn Obama administration rules fair game for repeal.

The upshot is that the Senate has until early May to send the proposed repeals to Trump’s desk, otherwise the regulations will remain in full effect.

The House adopted the resolutions on two largely party line votes on Tuesday.

“These resolutions will help protect local control and ensure every child has the best chance to receive a high-quality education,” said education committee Chairwoman Virginia Foxx, R-N.C., in a committee release.

The largely partisan nature of the House votes could make quick passage challenging in the more deliberative Senate. Democrats have raised concerns that if the rules were to be repealed under the CRA, the education department would be barred from issuing any “substantially similar” rules in the future.

In other words, depending on how broadly the statute is interpreted, Democrats argue that states could end up with minimal, if any, federal oversight of their accountability and teacher preparation systems.

For Republicans, such an outcome is part of the appeal of rolling back the rules. A big part of ESSA, they argue, was limiting the federal role in education, and they see the Obama era regulations as an attempt to circumvent the spirit of the law.

Republicans also dispute the idea that repeal under the CRA would prevent federal education officials from issuing other, less prescriptive, rules in the future.

Additionally, Democrats have questioned whether it makes sense to change federal expectations of states at the same time that many are entering the final phases of submitting their ESSA plans for DoED review.

Rep. Suzanne Bonamici, D-Ore., the vice-ranking member of the House education committee, said in a statement that Republicans were “creating uncertainty and risking the good work of states around the country to provide locally tailored, equitable education to all their students.”

In an interview with InsideSources, Diane Stark Rentner, the deputy director of the Center on Education Policy, an independent research and education advocacy group, said she believes the repeal efforts, even if they pass the Senate and are approved by President Trump, are unlikely to substantially affect state ESSA proposals.

Many state officials have already spent months on long listening tours to get stakeholder input for their plans—some of those efforts started before the education department regulations were even issued.

“Most states will stick with what they have” said Rentner. Though she also added that if the regulations are successfully repealed and the education department doesn’t jump in with new guidances quickly, state legislatures may move to fill the regulatory vacuum.

From a broader perspective, the partisan skirmishes over the Obama-era regulations reflect an unusually tense atmosphere in education policymaking circles.

The bitterness surrounding the confirmation of Betsy DeVos as education secretary has yet to abate. News broke Friday that protesters attempted to physically block Sec. DeVos from entering a D.C. school she had arranged to visit.

The education department website currently has information posted about both the accountability rules and the teacher preparation regulations that House Republicans have formally objected to.