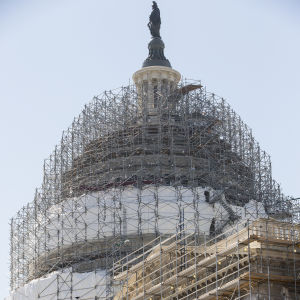 Republicans in the lower chamber passed the legislation along a 241-173 party line vote, overcoming Democratic opposition to the No Rate Regulation of Broadband Internet Access Act.

Democrats on the House Energy and Commerce Subcommittee on Communications and Technology blasted the bill as overly broad and aimed at preventing the FCC from carrying out its core mission under last year’s 2015 Open Internet Order banning content blocking, traffic throttling and paid prioritization.

The subcommittee’s ranking Democrat Rep. Anna Eshoo of California and others said the bill’s intentionally-broad language could weaken the FCC’s ability to protect consumers from fraudulent billing charges, or tackle other potential net neutrality violations like zero-rating and interconnection charges.

“In reality, this bill is about undermining the FCC’s authority to protect consumers and ensure a free and open Internet for all,” Eshoo said, adding Democrats support the notion of preventing the FCC from setting rates.

“The definition of rate regulation in this bill leaves the door open for courts to strike down the FCC’s authority to protect consumers and act in the public interest if they interpret any of its actions as impacting broadband Internet rates,” she said.

“This bill isn’t intended to touch the net neutrality rules,” Walden said, adding an amendment he offered during the bill’s markup specifically exempts paid prioritization. “What this bill does is prohibit the FCC from regulating the amount charged to a consumer by an ISP for the provision of a broadband service — a fact made clear by our definitions.”

Wheeler said the “bill does more than that” in a letter to Walden’s committee last month.

“It would introduce significant uncertainty into the commission’s ability to enforce the three bright line rules that bar blocking, throttling and paid prioritization rules, as well as our general conduct rule that would be applied to issues such as data caps and zero-rating,” the FCC chairman wrote.

The House voted down three Democratic amendments to the bill. The changes would have compelled the FCC to heighten political advertising disclosure requirements on TV and radio providers, increasing the transparency of donors behind ads, and prevented the legislation from interfering with the FCC’s ability to encourage broadband deployment to rural and poor Americans or act in the “public interest” mandated in the Telecommunications Act.

Walden described the latter as a broadly worded attempt at undermining the overarching legislation.

“This is, in my mind, very simple,” Illinois Republican Rep. Adam Kinzinger, the bill’s author, said. “The FCC, when they chose to reclassify broadband Internet access service as a common carrier, that gave them the ability to regulate rates of private companies.”

“We want to make sure the FCC doesn’t have the power to regulate the rates charged for Internet access,” he said.

The White House issued a statement Tuesday opposing the bill “which would undermine key provisions” of last year’s net neutrality order “and harm the commission’s ability to protect consumers while facilitating innovation and economic growth.”

“The FCC’s rules — issued after a lengthy rulemaking process that garnered an unprecedented amount of public input,
including comments from four million Americans — recognize that broadband service is of the same importance, and must carry the same obligations as so many of the other vital services do,” the administration said. “These carefully-designed rules have already been implemented in large part with little or no adverse impact on the telecommunications companies making important investments in our economy.”

The statement reasserted President Obama’s intention to veto the bill should it pass the Senate.