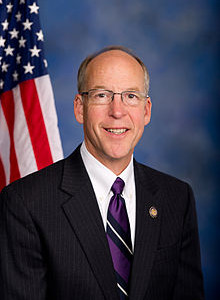 “Regulators from the 20th century agencies are trying to manage and control a 21st century world, and it isn’t working,” Republican Majority Leader Kevin McCarthy said in reference to the FCC on the House floor ahead of the vote.

Providers themselves testified before a House panel earlier this year on the difficulty many companies could face if forced to comply with the rules — a requirement they argued would force them to divert personnel and resources away from daily customer service, long-term network growth and investment in place of legal fees.

“These small providers don’t have enough resources to navigate the bureaucratic maze and bring broadband to communities at the same time,” McCarthy said. “And if these small Internet service providers go under, it could leave many people with limited Internet access and no access at all.”

The FCC itself exempted a smaller subsection of providers from the rules for one year after the rules’ passage and renewed the exemption through 2016 in December.

“They still have to, as you know, follow all the laws and all the protections and all that,” House Communications and Technology Subcommittee Chairman Greg Walden said referring to the standard transparency requirements the FCC adopted prior to the net neutrality rulemaking.

Under the enhanced requirements, larger providers like Verizon and Comcast have to publicly report network performance information including reduced service speeds.

Walden authored the bill with Iowa Democratic Rep. Dave Loebsack, championed it through the markup process and a unanimous vote last month in the broader Energy and Commerce Committee charged with overseeing the FCC.

“It is just this reporting requirement that seemed pretty onerous,” Walden said. “And in fact the FCC thought it was when they first came out with their rule.”

Under the bill the FCC will draft a report to explore whether the exemption should be made permanent, and if the definition of small providers covered should be redefined.

A broader companion bill has been introduced in the Senate by Republican Sens. Steve Daines of Montana, Jim Risch of Idaho and Democrat Joe Manchin of West Virginia, but has yet to move.

The Obama administration indicated the president would sign the bill earlier this week, but warned it would not entertain another bill passed out of the same committee yesterday barring the FCC from regulating the rates ISPs charge consumers for service.

“The administration, however, will not support any attempt to undermine the important consumer and economic protections in the Open Internet order that are supported by millions of Americans,” the White House said in a statement. “The administration looks forward to continued conversations with the Congress to help ensure a free and open Internet.”

The legislation was the subject of disagreement between Democrats and Republicans Tuesday, the latter of whom advanced the bill along a partisan line vote out of committee.

While speaking before a House Appropriations Committee hearing Tuesday, FCC Chairman Tom Wheeler, who told Congress last year he had “no difficulty” with lawmakers taking rate regulation off the table, said his agency refused to work with the committee on drafting the bill because it wasn’t consistent with his earlier statement.

Wheeler said he supported Congress codifying the FCC’s inability to “deforbear” from rate regulation per the Open Internet Order and remove the option for future commissions.

“But this bill does more than that,” Wheeler wrote in a letter to the Energy and Commerce Committee earlier Tuesday. “It would introduce significant uncertainty into the commission’s ability to enforce the three bright line rules that bar blocking, throttling and paid prioritization rules, as well as our general conduct rule that would be applies to issues such as data caps and zero-rating.”