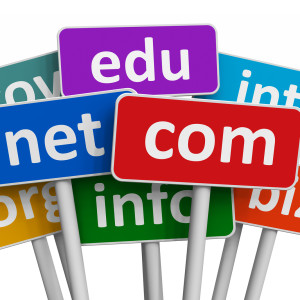 Posted to Technology May 14, 2015 by Giuseppe Macri

The House of Representatives expressed skepticism this week over the Obama administration’s plan to hand over authority of the global Internet domain registry to the global community.

House members heard testimony from a panel of industry experts Wednesday afternoon about whether the Internet Assigned Numbers Authority (IANA) — the department within the non-profit Internet Corporation for Assigned Names and Numbers (ICANN) that assigns Internet protocol addresses and oversees domain names — is ready to transition from falling underneath U.S. Commerce Department oversight to that of an “international multi-stakeholder community” model, without sacrificing the security and integrity of the Internet.

“From the time the administration announced their intent to transition the IANA functions from ICANN to the international multi-stakeholder community, I’ve had very serious concerns about the potential risks associated with the move,” Communications and Technology Subcommittee Chairman Greg Walden said.

“We’ve said time and again that this is far too important to rush, and that we must carefully consider all of the consequences and outcomes before we ring a bell that cannot be unrung.”

Since the birth of the modern incarnation of the Internet in the ’90s, the National Telecommunications and Information Administration within the Commerce Department has overseen ICANN, which, through IANA, essentially maintains the roadmap of the Internet that guides Internet-connected devices to websites.

ICANN has performed this function in a universally recognized unbiased manner that has drawn little scrutiny from the global community, outside of the fact that the U.S., as the country that developed the Internet, has maintained independent oversight, despite the Internet’s extension to every corner of the globe since.

The White House first announced its intention to transfer authority over ICANN last March — a move that solicited criticism from industry experts and former government officials over concerns that certain global actors, such as China and Russia, could use the opportunity to compromise Internet security and website authenticity for profit and control. Some speculated it could even lead to countries establishing their own proprietary Internet, or establishing global Internet taxes for connectivity and access.

House members addressed those concerns last year with the introduction of the Domain Openness Through Continued Oversight Matters (DOTCOM) Act, which prevents NTIA from agreeing to a transition until after the Government Accountability Office (GAO) submits a report to Congress about the risks, advantages, and disadvantages and also proposes safeguards for such a deal.

The bill has yet to get a vote on the House floor, as both Republicans and Democrats have proposed amendments, but the committee has already asked the GAO to begin assembling the report.

ICANN’s current contract with NTIA expires on September 30, but members including Walden urged the government to renew the contract for another two years to ensure a safe transition, arguing that it can be canceled early if need be, rather than rush the transition.

Panel witnesses, including from Intel Corporation, the Heritage Foundation, NetChoice, the Center for Democracy and Technology and the Open Technology Institute, disagreed over a number of issues relevant to the transfer, including the timing of any transition.

Audrey Plonk, Intel’s director of global cybersecurity and Internet governance policy, said the timing should be decided by the multi-stakeholder community developing the transition proposals.

“It is critical Congress provide support for the multi-stakeholder governance process, as the alternatives — equalized control through an intergovernmental body like the [UK’s International Telecommunication Union — are far worse for companies like Intel, individual users of the Internet, and American economic growth,” Plonk said.

“When the U.S. government oversight role ends, ICANN will come under considerable pressure from a number of interested parties to adopt policies that they favor,” Heritage Foundation senior research fellow Brett Schaefer said. “Failure could lead to inefficiencies, instability, partiality, or other problems that could result in substantial financial costs and inhibit a vital medium for speech and political discourse. However, there will only be one opportunity to do this and it must be done right.”

“Looking at the hurdles that must be cleared prior to August, there is very little chance that this will happen.”

Representatives in the House Judiciary Committee during another hearing examining the IANA transfer Wednesday agreed the timeframe should be pushed back.

“In other words, until the end of the fiscal year 2016 this transition would not be allowed to go forward,” Subcommittee on Courts, Intellectual Property and the Internet Chairman Darrel Issa said about language in the Commerce Department’s 2016 budget prohibiting the transfer.

“Possibly the earliest is next spring of 2016,” NetChoice executive director Steve DelBianco said at the Judiciary Committee hearing. “It might well likely leak into much later in 2016.”

Lawmakers based their decision in part on what they described as ICANN’s poor oversight of a recent domain name dispute involving the Canadian registry firm Vox Populi, which is selling the domain suffix “.sucks” for $2,500 each to companies including Apple and Citigroup.

Vox Populi is only selling the suffix to trademark holders through the end of the month, after which it will begin selling it for $249 to anyone, leading many to accuse the company of extorting trademark holders trying to protect their brands from Internet critics or parodies.

ICANN has asked the FTC to investigate the issue, prompting lawmakers including Judiciary Chairman Bob Goodlate to criticize the agency for failing to police the dispute itself, and insisting ICANN demonstrate greater accountability in settling disputes before any transition is allowed to go forward.

In a separate issue involving a dispute between Amazon.com, Brazil and Peru over the ownership of the “.Amazon” suffix, Amazon’s vice president of global public policy Paul Misener said ICANN disregarded Amazon’s claim to the suffix as a result of influence from the foreign governments.

“This blemish is disqualifying, at least until cleared,” Misener said.

Texas Republican Rep. Joe Barton on the Energy subcommittee best summed up the question on many Republicans’ minds since the administration announced the transfer last year.

“I’ve tried to think of international multi-stakeholder institutions, I can’t think of one that works better or as well — and I hate to say this — than the federal government,” Barton said while ticking off examples including the United Nations, the International Olympic Committee and the World Bank.

“Somebody on this panel enlighten me — we’ve got a system that’s not broke, it’s the most open, transparent process out there,” Barton said. “Why try to change something that, for all intents and purposes, is one of the best multi-stakeholder, transparent, international processes out there that has the benefit of having an enforcement mechanism behind it?”

“Seventeen years ago, when ICANN was set up, in their bylaws they explicitly took away the ability for the community to actually police them,” DelBianco answered, adding that ICANN doesn’t have to answer to shareholders, trade association members or voters.

“Instead, the broad community has to run to Congress or NTIA to try to get a little leverage put on ICANN,” DelBianco said. “I think when you look at the testimony of what we’ve drafted so far, we’re giving the community dramatic new powers that are more like those that a shareholder does or that a voter has, and I think that’s how we’ll police the road.”

“The U.S. government helped design and set-up ICANN as one of the key stewards of the Internet,” Russell, who served under the George W. Bush administration, told InsideSources.

“Its job was to ensure the stability and security of the [Domain Name Service] system for the benefit of the web’s users. ICANN’s current focus on expanding its own revenues and authority seems misplaced and undermines its mission and reason for existence.”