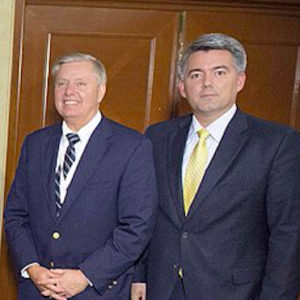 On Tuesday, Senate Democrats failed dramatically to pass the Green New Deal legislation proposed by freshman Rep. Alexandria Ocasio-Cortez (D, N.Y.) and introduced by Sen. Ed Markey (D, Mass.). By bringing the issue to a vote, Majority Leader Mitch McConnell (Ky.) may have taken the wind out of the green movement’s sails, but Republicans have yet to decide on an environmental policy stance of their own. In particular, a carbon tax isn’t off the table yet.

While Democrats have largely coalesced behind the Green New Deal, Republicans have formed a number of different committees and teams within the House to tackle climate issues. At the beginning of March, Republicans announced the formation of the Roosevelt Conservation caucus, a bicameral group dedicated to conservation and environmental stewardship.

And this week, House Minority Whip Steve Scalise launched the House Energy Action Team (HEAT), which he described as a coalition to support all-of-the-above energy resources and to combat policies like the Green New Deal.

“When I talk about bringing the heat, what we mean is bringing together a coalition all across this country of very passionate, smart members of Congress who are proud to talk about what makes America work,” said Scalise, “and how energy policy has improved the lives of everyday families, has lowered electricity prices, and created millions of jobs that give more and more people the opportunity to achieve the American dream.”

Scalise went on to target the Green New Deal by name as a proposal that would increase the cost of living for everyday Americans while undermining a growing industry. His remarks drew Congressional battle lines between the Green New Deal and full support of domestic oil and gas development. However, a carbon tax — an idea whose time never seems to come — is still on the table.

In fact, a carbon tax bill was introduced in the House in late January when six Democratic Congressman and a lone Republican presented the Energy Innovation and Carbon Dividend Act (EICDA). The legislation would place a flat price of $15 on each metric ton of carbon dioxide, beginning in 2019, with set increases of $10 per year afterward. These monies would then be distributed back to American households to make the legislation revenue neutral.

Though widely-billed as “bipartisan,” the bill has only one Republican co-sponsor: Florida Congressman Francis Rooney. A two-term representative and former ambassador to the Holy See, Rooney has been a solid conservative voice supporting the democracy movement in Venezuela and the protection of free speech on college campuses. He also has a record of supporting preventing oil drilling off Florida’s coasts and of efforts to help restore and preserve the Everglades.

Rooney defended the bill as a free market way to price out coal and other dirty fuels.

“To let the free market price out coal we should consider value pricing carbon,” he said. “A revenue-neutral carbon fee is an efficient, market-driven incentive to move toward natural gas and away from coal, and to support emerging alternate sources of energy.”

The proposal languishes in committee, having gained some cosponsors but not, it seems, support from either party’s leadership. This is somewhat surprising, since carbon taxes are one of the few market-based solutions to lowering emissions. As Josiah Neeley, senior fellow of the energy team at the R Street Institute, and professed former carbon tax skeptic, writes, carbon taxes may be a more attractive proposition than increased environmental regulation.

“A carbon tax provides an alternative to existing and potential environmental regulations. From the Clean Power Plan to vehicle efficiency standards, the law is riddled with burdensome regulations that would become redundant if a carbon tax were achieving the same goals at a much lower cost,” he writes. “In fact, since a carbon tax would have the side effect of lowering emissions of non-greenhouse gas pollutants, even some non-carbon-related regulations could be repealed as part of an overall carbon tax deal.”

At present, no one seems likely to take up the banner of the carbon tax on the Hill. Rooney remains the only Republican sponsor of the carbon tax proposal and the bulk of the party seems more in line with Scalise or arrayed against the Green New Deal.