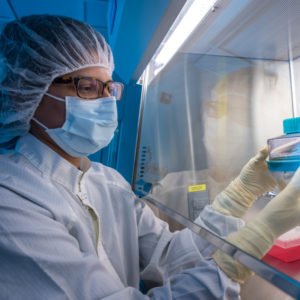 How a New Cancer Therapy Saved My Life

As a doctor, there will be times when you have to deliver difficult news to patients. You know that it is part of the job going into it, but it’s not easy. With time you eventually find the best way to comfort a patient and their family when giving tough news.

Something you don’t learn in medical school, however, is how to be on the other side of a diagnosis. But that’s exactly what happened to me 13 years ago when I was diagnosed with a form of blood cancer known as Chronic Lymphocytic Leukemia, or CLL.

At the time, I was family physician who had practiced medicine in southern California for several decades. One day I noticed a swollen lymph node on the back of my neck. As a precaution, I ordered a round of blood tests. And while I remember being pleased with my cholesterol level and other parts of the test, my white blood cell count gave me pause. After further tests, I was diagnosed with CLL — and the prospects were grim.

The CLL treatment landscape was very different back then. I was hospitalized several times for complications of my disease. I attempted a bone marrow transplant from an unrelated donor that didn’t work. I then entered a clinical trial for a phase one drug that gave me a glimmer of hope. That drug bought me about six years until I relapsed, and the cancer came back.

As a physician, I knew that once patients like me relapse, the prognosis is rarely good. When you relapse, old therapies are no longer effective because the cancerous cells have developed resistance.

Put simply, my options were more limited than before. I decided to enter a new trial for a treatment known as CAR-T (Chimeric Antigen Receptor-T cell) therapy. CAR-T is a relatively new cellular immunotherapy that involves removing and modifying a patient’s own white blood cells, then returning them to the patient’s body to fight their specific cancer.

My cancer was quite aggressive, and I needed an equally aggressive treatment that would give me a durable remission. At the end of the day, I had few viable choices and clearly CAR-T was, by far, my very best hope.

My wife and I temporarily moved closer to the hospital where I would receive the treatment in February 2018. Although I realize I was fortunate to have the ability to pick up and move, it was financially and emotionally straining. The treatment itself was physically challenging. I was hospitalized with severe inflammation, mind numbing pain, and the inability to move my legs, eventually having to learn how to walk again.

But I recovered quickly. One month after beginning the CAR-T therapy, I received my “restaging” results, which showed that my cancer had become undetectable. I had gone into treatment with most of my bone marrow having cancer and “innumerable” enlarged lymph nodes. One year later, I am pleased to say that I’m still in complete remission with no cancer to be found.

But many patients across the nation may not be as lucky as me, since some may soon face hurdles accessing this innovative new treatment. Recently, the Centers for Medicare and Medicaid Services released a proposal regarding coverage of CAR-T. While the proposal was encouraging, it’s my hope that the final language doesn’t lock in coverage that would limit patient access or fail to consider the future of CAR-T innovation.

CAR-T science is evolving at a rapid rate. It is being explored for multiple indications, in multiple lines of care, and in a number of settings. We should make sure the decisions the government makes this year consider these important points so patients will have access to CAR-Ts in the present and future for years to come.

For a physician-turned-patient like myself, these decisions should be easy. The bottom line is this: We should ensure that all cancer patients have full access and coverage for these therapies.

There is perhaps nothing more difficult for a cancer patient than knowing you are near the end of your treatment options. When I was out of options, CAR-T therapy gave me back my life.

Thanks to CAR-T, I was able to go back to work and have fully enjoyed every day of life since. This year, I retired after 38 years of practicing medicine. At my retirement party, I was surrounded by my family, friends, colleagues and patients.

My hope for patients is that if they ever receive difficult news like I did, they will have access to the best treatments available so that they, too, can have a chance at continuing to lead full lives.

Dr. Brian Koffman is a retired medical doctor and the founder of the nonprofit CLL Society Inc. (CLLSociety.org). He wrote this for InsideSources.com.