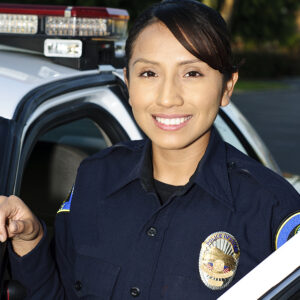 Posted to Politics September 03, 2021 by Marie Miller and Daryl James

Good cops protect and serve. They do not lie to put an innocent teenager in prison, brandish a gun to silence a concerned citizen, or use a chokehold to injure an elderly military veteran.

Unfortunately, bad cops have done all these things and then claimed immunity to escape liability. When courts let them off the hook, blocking lawsuits against the officers, more people suffer than just the individuals deprived of their constitutional rights.

All government employees pay a price as confidence in public institutions deteriorates. The 2021 Edelman Trust Barometer shows declining scores across all sectors, but the biggest losses are for government. Overall, only 42 percent of Americans say they trust the government to do the right thing.

Meanwhile, a 2020 Gallup survey shows confidence in police at record lows. The cases of Hamdi Mohamud, Kevin Byrd and José Oliva show why.

Mohamud, a Somali refugee living in Minnesota, went to prison when she was 16 based on one officer’s lies, manipulation and false testimony. Mohamud did nothing wrong, yet she spent nearly two of her high school years at a federal facility hundreds of miles from home.

Byrd, a small business owner near Houston, faced trouble when he tried to leave a restaurant parking lot. Before he could drive away, a Homeland Security agent stopped him and threatened to shoot him. The agent even pulled the trigger, but his weapon jammed.

Like Mohamud, Byrd did nothing wrong. Instead, the agent wanted to stop Byrd from investigating a traffic incident involving the agent’s son—who had collided with a Greyhound bus after getting kicked out of a bar, severely injuring Byrd’s ex-girlfriend.

Finally, Oliva, a 70-year-old Vietnam War veteran, found himself under attack at a Veterans Affairs hospital in El Paso, Texas. As he was passing through a security checkpoint for a dental appointment, three federal officers tackled him, choked him and left him permanently injured.

Surveillance video shows that the violence was unprovoked. Officers pounced when they asked to see Oliva’s ID, and Oliva told them that he had placed it in an inspection bin.

Mohamud, Byrd and Oliva all filed lawsuits, but each plaintiff found the courthouse doors locked. The problem is a three-tier justice system in the United States.

In the first tier are regular folks not employed by the government. They receive no immunity when they break the law.

In the second tier are state and local government employees, who receive “qualified immunity” when they violate people’s rights. Qualified immunity shields officers from liability unless the federal appellate court where they live has ruled in a prior case that their conduct violates the Constitution. Few plaintiffs overcome this hurdle.

An appellate judge in Byrd’s case described these jurisdictions as “Constitution-free” zones, where wearing a federal badge means “you can inflict excessive force on someone with little fear of liability.”

Rather than accept this unequal protection under the law, Mohamud, Byrd, and Oliva continued fighting after losing at the appellate court level. With representation from our firm, the Institute for Justice, they asked the Supreme Court to take their cases. Oliva’s petition was denied in May, but hope remains for Mohamud and Byrd.

Police lobbyists miss the point when they raise concerns about honest mistakes made in the line of duty. They argue, incorrectly, that officers worried about liability for split-second decisions might hesitate in life-or-death situations without the safety net of immunity. Another concern is that high-potential job seekers might bypass law enforcement careers altogether.

What gets overlooked in these arguments is that the Constitution already protects government workers who act reasonably. Officers who need immunity to avoid liability are those caught in corruption or incompetence.

Good cops don’t need immunity. They uphold the Constitution rather than trample on it.

Marie Miller is an attorney and Daryl James is a writer at the Institute for Justice in Arlington, Virginia. They wrote this for InsideSources.