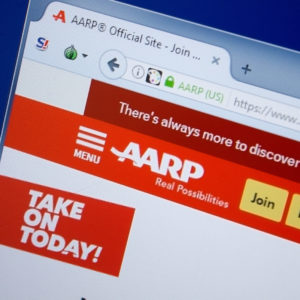 Why would an organization that claims to represent seniors support legislation that discriminates against the most vulnerable and raids Medicare to pay for unrelated left-wing spending priorities? When it comes to AARP, it’s all about the money—its own money.

As a report I recently wrote for American Commitment demonstrates, AARP has become an organization that compromises its own purported principles to take advantage of its members for its own bottom line.

The tax-exempt AARP doesn’t get most of its billion-dollar budget from membership dues from the seniors it ostensibly represents. In fact, the majority of its revenue comes from “royalty fees,” and most of these royalty fees come directly from the nation’s largest health insurer, UnitedHealth Group. Since 2007, AARP has received an estimated $6.7 billion in such “royalty fees” from UnitedHealth for AARP-branded policies it has sold and renewed as a financial partner of the nation’s largest insurer.

Those “royalty fees” come at a price—a price paid by AARP members. When it comes to selling Medigap supplemental insurance policies, the organization collects a “royalty fee” that amounts to 4.95 percent of every premium dollar. In other words, when seniors get charged higher premium payments, AARP rakes in more “royalty fees”—or, as some of their own members have called them, “kickbacks.” All told, AARP-branded UnitedHealth policies have helped the company capture a uniquely high share of the multi-billion Medicare supplemental insurance market.

Now, AARP has endorsed H.R. 3, House Speaker Nancy Pelosi’s move to impose drug price controls within Medicare. Among its many flaws, the legislation would link American drug prices to those in countries with metrics that value an additional year of life for people in “normal” health higher than for a person with an injury or disability. A leading group of advocates for individuals with disabilities said the legislation would “effectively import” a “discriminatory system from abroad” that is “discriminatory against people with disabilities and do[es] not have a place in the United States.”

Why would AARP endorse a measure that effectively imports discrimination against the most vulnerable and disincentivizes new medical innovations? Their position might have something to do with the fact that their insurer-partner, UnitedHealth, would benefit financially from the bill. By spending less on drugs due to the Pelosi price controls, UnitedHealth could reap greater profits—some of which could flow to AARP.

AARP putting its own bottom line ahead of its stated principles is nothing new. The group’s Medigap insurance offerings continue to discriminate against people with pre-existing conditions—this more than a decade after AARP claimed Obamacare would end such discrimination. And the organization has ignored efforts to disclose its financial conflicts to its members, particularly the fact that AARP increases its own “royalty fees” every time it raises seniors’ Medigap premiums.

A dozen years ago, AARP endorsed Obamacare—even though that law raided Medicare to pay for its new entitlements—because that law just so happened to leave AARP’s Medigap cash cow untouched. History has repeated itself this year, as Democrats want to use the Medicare-generated “savings” from the Pelosi price controls to spend on other unrelated programs in their big government, multi-trillion-dollar spending spree—with AARP’s full approval.

Seniors should recognize that the mutually lucrative alliance between AARP and UnitedHealth has not diminished one bit since 2009. Now, as then, AARP continues to sacrifice its supposed principles before the unholy altar of its bottom line. Policymakers and seniors should ask themselves one simple question: Whose side is AARP on?

Chris Jacobs is founder and CEO of Juniper Research Group and author of "The Case Against Single Payer." He wrote this for InsideSources.com.