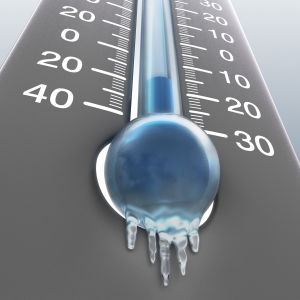 How About a Minimum Temperature Law?

To help understand why a majority of economists oppose price and wage controls like a $15 an hour minimum wage law, consider the following question: Couldn’t the government intervene in the market for temperature-reading equipment to counteract “unreasonably low” winter temperatures, just like governments intervene in the labor market for unskilled workers to counteract “unreasonably low” wages for those workers? Let me explain.

According to politicians like Bernie Sanders, unskilled workers are at the mercy of greedy, cold-hearted, unreasonable employers, and minimum wage workers don’t even earn enough to pay the bills, much less aspire to the American Dream.

Now consider the wave of frigid temperatures sweeping the country and causing suffering and even some inevitable weather-related deaths. The cold winter conditions clearly demonstrate that we are at the mercy of a very cruel, cold-hearted force: Mother Nature.

Something must be done. Without some kind of government intervention to counteract low temperature readings, Mother Nature will continue to expose us to harsh winter conditions of unconscionably low temperatures. Who among us wouldn’t agree that these excessively low winter temperatures are unreasonable and unfair?

To counteract this cold weather injustice and Mother Nature’s ongoing lack of concern for our comfort and warmth, suppose there was a proposal for legislation to force all thermostats sold in the United States to have a minimum, fair temperature reading of 15 degrees Fahrenheit. “Fight for 15” would be the rallying cry as progressives battle for temperature fairness. A “Fair Minimum Temperature Act” could require that all existing thermostats be immediately replaced with new thermostats with a minimum reading of 15 degrees.

If the fictitious minimum temperature law seems ridiculous, that’s because it is totally ridiculous. But so is a $15 an hour minimum wage. Forcing employers to pay unskilled workers $15 an hour won’t change the reality that many of those workers are actually not worth that much to employers. The artificially high minimum wage causes distortions in the unskilled labor market because the minimum wage does not accurately reflect many workers’ true productivity. A disconnect is created between the true measure of an unskilled worker’s value to employers and an artificial, government-mandated over-estimation of many workers’ true value.

When it comes to weather conditions, we want the most precise measure of the real temperature, and we get that from accurate thermostats, not from instruments regulated by government-mandated minimum temperature laws. When it comes to maximizing the efficiency of the labor market, what we want are accurate and precise estimates of worker productivity, and we get those estimates from market-determined wages, not from artificial, government-mandated minimum wage laws. If you oppose minimum temperature laws, you should also oppose minimum wage laws.