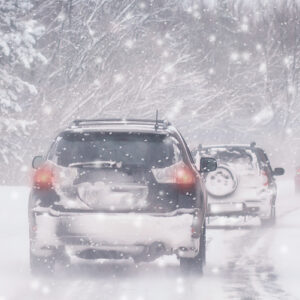 How America’s Worst Winter Blew Into A ‘Blizzard’

In some places—especially out West—weather conditions resembled a blizzard. Interestingly, those are the same conditions that gave us the word “blizzard” in the first place.

But it didn’t start out that way.

If you’re in the mood for a little light reading, flip through “Houghton Mifflin Word Origins” sometime. Blizzard first appeared in the language of frontier America and had nothing to do with the weather. It meant “a knock-down blow,” be it from fists or bullets. An 1829 glossary described it as a “violent blow.”

Davy Crockett, of coonskin cap and Alamo fame, wrote in 1835 that when a preacher asked for a toast, “I concluded to go ahead and give him and his likes a blizzard.” He meant a long, wordy toast; a violent burst of words, in other words.

In the late 1800s, an old-timer recalled, “I first heard the word ‘blizzard’ among young men at Illinois College back in 1836. If one struck a ball a severe blow in playing town-ball [a forerunner of modern baseball] it would be said, ‘That’s a blizzard’.”

Around the Civil War, it turned up in connection with a winter storm. An 1862 book says, “A blizzard blew up and raged all night.”

And maybe it would have remained on the fringes of our vocabulary … if it hadn’t been for the Blizzard of 1880-1881.

Think you’ve seen severe winter weather? No matter how bad it is where you are, it can’t hold a candle to the Mother of All Bad Winters.

The Winter of 1880-1881 was so bad, it’s widely believed to have been the worst in American history. Folks who lived through it couldn’t even agree on what to call it. Some named it The Black Winter. Others, The Snow Winter (which sounds terribly redundant; it was shorthand for saying “so much snow”). There was even The Horrible Winter.

Like many Americans, I first learned about it from Laura Ingalls Wilder’s “The Long Winter.” (Which was probably the most accurate name of all.)

It arrived unusually early with a sudden heavy snowfall on October 15, 1880, long before pioneer families were prepared for the coming season. Crops weren’t fully harvested, grain wasn’t yet ground into flour and meal, and the supply of wood to keep stoves burning until spring hadn’t been chopped.

The snow kept coming. And coming. There was no thaw, so drifts piled deeper and deeper. They eventually grew to two and three stories tall and buried houses, barns, and stores. People had to tunnel their way from one structure to another.

Even worse, the snow froze rail service in its tracks. Drifts were taller than the trains. Railroads hired extra crews to clear the rails (digging by hand, remember). But it was no use. Just as soon as they cleared a path, another storm covered it again.

This was no mere inconvenience. It was critically serious. Trains brought the food, fuel, clothing and medicine necessary for survival. No trains, no vital goods.

Journalists at the time struggled to find a word strong enough to convey the power of the unrelenting weather. Some unsung scribe hit upon blizzard and the word caught on. Suddenly, blizzard spread like wildfire in newspaper and magazine stories about the bad weather. It became so popular so fast, The Nation observed in early 1881, “The hard weather has called into use a word which promises to become a national Americanism, namely ‘blizzard’ … the blizzard of snow has knocked out the former meaning of mere human violence.” He was right; when was the last time you heard anyone describe a fistfight as a “blizzard?”

We could see another blizzard before spring arrives. If it does, we can thank journalists from the 1880s for introducing us to the word.

Personally, my favorite blizzard is the DQ Blizzard. When these babies came out in 1985, Dairy Queen sold 175 million of them the first year. They’ve been satisfying sweet tooths ever since – including mine.