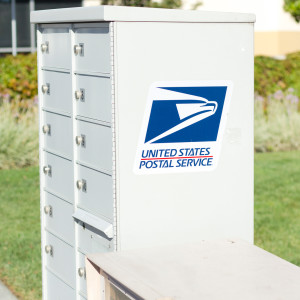 The United States generally relies on the private market rather than state-run entities to provide goods and services to citizens. And the U.S. usually safeguards consumers against the potential abuses of monopolies. But in the case of the United States Postal Service, a new study raises questions about anti-competitive behaviors.

USPS is technically not a government-run entity, but it does have the implicit backing of the government when, not if, it needs another bailout. Losses for FY 2014 totaled $5.5 billion.

But the oft-overlooked challenge that confronts government, competitors, and consumers is that the USPS enjoys a government-protected monopoly on delivery to residential and office mailboxes and mailrooms. According to a new study released Thursday by former Under Secretary of Commerce Robert Shapiro, USPS saved $14.9 billion in 2013 because of its monopoly power to deliver directly to mailboxes. Exemptions from state and local property and real estate taxes saved an additional $1.5 billion in 2014. Further savings come from exemptions for state and local vehicle and registration fees, road tools, sales tax on fuels, and parking tickets. USPS has a substantial cost savings as a result of its legal status, and it uses this to subsidize its non-monopoly business.

These effects are multiplied through basic economics. For mail delivery, demand elasticity is very high. In other words, consumers and businesses are probably going to pay for a stamp even if there’s a large increase in price. So USPS, with its government-granted, exclusive access to mailboxes, is able to increase prices on its monopoly products in order to cross-subsidize, or artificially decrease, the cost of its products that, in theory, are competing against companies like UPS and FedEx.

In a conference call with reporters, Shapiro noted that while the analysis and conclusions were his own, funding for the study was provided by UPS.

All this creates a market inefficiency. Consumers are stuck paying too much to send mail. They get a small discount on sending packages, but private carriers can’t compete on price because of the cross-subsidization. Thus, the market becomes concentrated and uncompetitive. Taxpayers lose too.

Explains Shapiro: “The losers are the consumers who pay too much for USPS’s monopoly products and have to deal with less efficient and innovative markets for private deliveries of packages and express mail, and state and federal governments that must forgo significant revenues.”