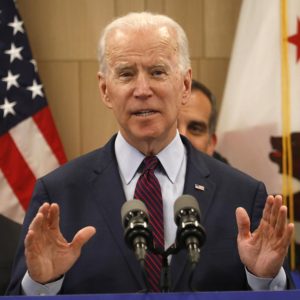 Posted to Politics May 27, 2021 by Adam Kovacevich

This city-suburban coalition — driven by Black and Latino voters; suburban women; college-educated workers; and older voters — propelled Biden to the White House. And his success in growing Sun Belt metros like Atlanta, Phoenix, Charlotte, and Houston point the way to future electoral growth for Democrats.

Looking broadly at this coalition that drove Democrats to victory, its views toward business are more nuanced than the anti-business rhetoric from some quarters of the party. Many Biden-Harris voters either work for large companies themselves or recognize the positive role that business plays in creating good jobs and opportunity.

More than one-third of adults in counties that flipped from Trump to Biden hold roles in management, computer, legal, and other professional fields. Biden’s city-suburb coalition is also driving a major share of the country’s economic activity; Brookings calculated the counties Biden won accounted for fully 70 percent of America’s total economic output. Much of the Biden economic agenda is focused on expanding these gains across more of the country.

But The Wall Street Journal warned many 2020 Biden voters also “backed Republicans for Congress, suggesting that political affiliations in many places remain fluid.”

Given the importance of holding and growing his vote in 2024, one useful step Biden can take is appointing more leaders like Gina Raimondo and Cedric Richmond to roles in his administration.

Raimondo, the former Rhode Island governor who serves as Biden’s commerce secretary, and Richmond, a former New Orleans-area House member who directs the White House Office of Public Engagement, reflect a view that business can be an ally, not an adversary, in achieving Democrats’ goals.  In their administration roles and previously, both have viewed the private sector as partners in making society more equitable.

Both Raimondo and Richmond believe in working with businesses to create jobs and opportunity, but this hasn’t always endeared them to extremists in the party. Those activists criticized both appointments, but Biden wisely ignored them.

In their administration roles, both Raimondo and Richmond are working to channel business to improve society. Raimondo has promoted women in the boardroom and pushed business leaders to keep an open mind on increasing corporate taxes. Richmond — whose dad was an entrepreneur and whose House voting record earned a 61 percent pro-business rating from the U.S. Chamber of Commerce — has led the White House’s engagement with CEOs.

While Raimondo and Richmond recognize the job creation role played by American companies, their engagement with the private sector is a two-way street. From climate change to taxes to paid leave, Biden’s emissaries are also prodding business to exemplify a new breed of corporate citizenship — one that takes care of workers, communities, and the environment.

Or, as Obama business liaison Valerie Jarrett put it, “This isn’t a matter of being cozy [with corporations]. It’s a matter of appreciating the importance of the impact they have on the economy” and our society.

If Biden wants to continue channeling the private sector toward the public good, he’d do well to appoint more leaders like Raimondo and Richmond to his Administration. No one wants public servants to blindly do the bidding of business, but prior private sector experience has helped countless public officials rally, nudge, and regulate industry towards better behavior.

President Biden’s rejection of some activists’ anti-corporate rhetoric has wisely defused a potential vulnerability among his successful 2020 urban-suburban coalition. But the president also understands that the work of building back better can’t be done by the government alone. Many business leaders are eager to step up, serve their country, and help make it better.

Adam Kovacevich is CEO and Founder of the Chamber of Progress (progresschamber.org), a new center-left tech industry policy coalition promoting technology's progressive future. He wrote this for InsideSources.com.