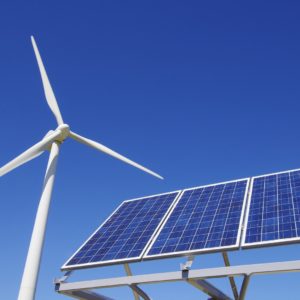 Much has been said about the Inflation Reduction Act’s historic investments in climate mitigation. Make no mistake, much of this investment is directed toward typical Americans’ pocketbooks, offering tax credits and incentives to buy electric vehicles, convert homes to solar power and help make significant energy efficiency upgrades.

And still, the bill is even more expansive and transformative: It will lay the indelible groundwork for America’s clean energy future.

With more than $300 billion in targeted investments, Biden’s initiative will reshape America’s physical and mental landscape in a way not seen since President Dwight Eisenhower built the federal highway system, Franklin Roosevelt electrified the rural south, or Abraham Lincoln connected the nation’s waterways. All of these initiatives sparked great economic leaps and changed the way Americans think about their shared destiny and their place in the world.

Take one crucial aspect of Biden’s plan: freight. According to the United Nations, freight — road, air and water carriage — is one of the world’s largest contributors to greenhouse gas emissions. And while consumer e-vehicles have garnered the headlines, companies around the world have been developing viable long-range electric freight trucks to make the deliveries our nation relies upon cleaner. And now their time has come.

The Inflation Reduction Act provides generous incentives to companies that adopt medium- to heavy-duty electric-freight trucks for their shipping needs. That’s great news for American companies such as FedEx, UPS, Amazon, DHL and other high-volume logistics companies grappling with the cost and the environmental effect of diesel. But it’s even better news for U.S. consumers who will not only reap the economic benefits of these lower transportation costs but, perhaps more important, will soon start seeing zero-emission trucks making the rounds in their neighborhoods.

The effect of zero-emission trucks — particularly in our cities — cannot be overstated. In addition to improved quality of life and environmental sustainability, these trucks are impervious to fossil fuel price shocks, which in the long haul will result in lower costs for consumers.

Then there’s the Inflation Reduction Act’s major investment in hydrogen. Hydrogen is expected to play a vital role in the world’s energy transition and the energy mix for transportation. Through continued investment in the hydrogen value chain, the availability, efficiency and cost of green hydrogen should radically improve — making it a sustainable and viable alternative to fossil fuels. While pure-electric passenger cars are fit for purpose, commercial trucks require more onboard energy if they are to replace existing diesel. Hydrogen is an ideal energy source for extending the range of battery-powered trucks.

All Americans — rich, poor and middle class, not to mention people around the world — have a stake in the clean-energy economy the Inflation Reduction Act will augur. Granted, the act doesn’t go as far as some would have liked. Biden’s original Build Back Better plan, scuttled in Congress, would have nearly doubled the investments of those in the IRA. But there is no denying that it still represents the biggest commitment to fighting climate change by any country in the history of the world.

Given the rising effects of climate change now upon us, the next American-made leap forward is one in which the stakes have never been higher.

Brian F. Keane is president of SmartPower, a nonprofit organization focused on promoting clean renewable energy. He wrote this for InsideSources.com.

Asher Bennett is founder and CEO of Tevva Hydrogen Electric Trucks, a zero-emission truck pioneer and mobility technology innovator. He wrote this for InsideSources.com.