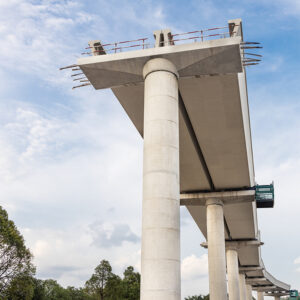 In the six months since President Biden signed the landmark Bipartisan Infrastructure Law directing a trillion dollars of government investments in transportation systems and high-speed internet access, federal agencies have begun rolling out the rules that will govern thousands of projects.

But new red tape in the law could cost American taxpayers, consumers and businesses 25 percent more to incorporate technologies into infrastructure projects while preventing needed investments from reaching crumbling bridges and vulnerable communities. These costly and counterproductive rules, known as friendly sounding “Buy America” requirements, will force communities into expensive and less effective projects, without delivering on the promise of more jobs in the United States.

The latest infrastructure law again includes such provisions, but it does not include a waiver that has been a crucial component of information and communications technology-related programs for decades. This waiver recognizes that technology products are global in scope and that most such products, including those manufactured by U.S. companies, rely on the worldwide supply chain and cannot be sourced in compliance with Buy America requirements.

The lack of such a waiver that recognizes this reality hamstrings state, local and tribal governments that receive infrastructure funding. These stipulations place cutting-edge technology developed through global supply chains out of reach for America’s communities.

Crucially, harnessing global supply chains does not hurt American workers or the growth of U.S.-made products. In many instances, it is not possible to source, manufacture and assemble products entirely in the United States.

Over the last 30 years, allied countries like Canada, Mexico, Germany and South Korea have built up highly specialized expertise to meet the demand for these crucial components. By contrast, a new report finds that “U.S. weaknesses in domestic IT production have only grown since (2009), making it even harder to meet the domestic production requirements today without significant cost increases and time delays.”

Our partnership with global allies has never been more important. Closing our borders to the worldwide supply chain creates opportunities for other, non-allied countries to welcome the business we turn away.

Key federal agencies agree. A recent report from the Commerce and Homeland Security departments on technology supply chains concluded that it “is not cost-effective to move (IT) production back to the United States without a change in technology.”

For Biden to deliver on his promises for improved infrastructure and job growth, the administration should immediately provide for common-sense waivers so that communities can leverage global supply chains and harness the best and most cost-effective technology available.

These types of waivers have a long and successful track record. NTIA determined almost 15 years ago that broad ICT waivers were necessary to deliver broadband to unserved communities without compromising quality. The same is true today.

While Americans are already feeling the squeeze from inflation, red tape “Buy America” rules for global ICT will hamper Biden’s vision for American infrastructure and make investments more expensive. Instead of realizing the full benefits of this “once in a generation” infrastructure investment, these rules stand to delay critical projects, reduce access to cutting-edge technologies, and burden state, local and tribal governments.

Jason Oxman is president and CEO of the Information Technology Industry Council. He wrote this for InsideSources.com.