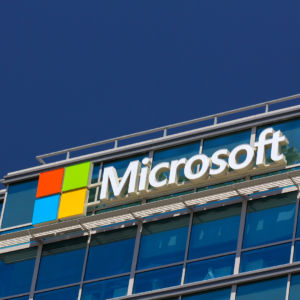 How Can We Spread the Innovation Culture to Old Business?

Microsoft is buying, subject to regulatory approval, Activision Blizzard for $69 billion. The Internet of Things is white-hot and likely to remain so.

If you want to whistle at that humongous sum for a company that makes games, you may have to add many octaves to the known musical scale.

Yes, high-tech is chasing trivia. The imperative at work here is if you don’t get your latest game into the market, someone else will. The threshold of entry is low and the rewards are astronomical.

If you are talking innovation and creativity, you are talking the internet. That means whole areas of society aren’t progressing as fast as they might and should. There is asymmetry.

The internet firmament is driven not by market demand, but by a business dynamic that exists in the world of internet entrepreneurism: Innovate and create because the internet can create great wealth — and take it away, too.

Most non-internet companies — and I talk to a fair number of CEOs — say they are innovative and that they are innovation-driven but, in fact, they aren’t. Most companies don’t need to innovate the way the internet giants do. The metaverse is demonstrably an unstable place.

Most companies are looking for stability, for a plateau where they can manage what has been created while adding to it cautiously, often by acquisition. They confuse innovation with evolutionary improvement. The last thing they want is the kind of destructive innovation that characterizes Silicon Valley.

The febrile need to innovate in the internet world is unique to that world. This because internet companies are all on a treacherous slope; failure can come as fast as success. Remember MySpace, Nokia, Palm, and Wang?

The internet is global, and it is intrinsically favorable to monopoly. In the internet world, first past the post takes the prize money — all of it.

When you have market caps that value a company at $1 trillion, and all of that is dependent on the next innovation not overtaking you, you are going to throw money and talent at innovation because the alternative is known. Whenever possible, you are going to buy up your competition, hence the Microsoft purchase.

With all of the money, all of the glamor, all of the talent, there also is fear that some kid in a garage somewhere will invent the next big thing.

I submit that for the non-internet world the business dynamic is very different. Most CEOs of public companies, snug in their C-suites and buttressed by huge salaries, are seeking a quiet place; a plateau where profits grow but there is some business serenity. For example, Boeing doesn’t want new airframes, it wants upgraded models.

They won’t admit to it, but many businesses long to be rent takers (known collectively as rentiers). They want a steady income with small risk.

Unfortunately, the business culture, including that spawned in business schools, aims to channel ambition into the rent-taking model. We have a business culture where ambition is channeled toward climbing to the top of the established order, not creating a new order.

There are many excellent minds managing established companies, often established many decades earlier, but there are few who yearn to create something wholly new.

My friend Morgan O’Brien, the cocreator of Nextel, and now the executive chairman of the pioneering wireless company Anterix is that kind of innovator who saw new horizons and went for them.

Today’s standout inventor is Elon Musk. He began as an internet whiz with PayPal and has blazed the innovation trail like none other since Thomas Edison, more than a century earlier. He has changed the world underground with new concepts of subways, changed surface transportation by going electric, and changed space with his rockets.

Thirty years ago, I wrote the weakness of U.S. companies is that they are happy to make silent movies when the talkies have been invented. Today, the established auto manufacturers are hell-bent to make electric pickup trucks now that new entrepreneurs are in the truck market with electric trucks. They never wanted to abandon the internal combustion engine, just improve it a little at a time.

If the dynamic of the internet and its constant innovation is missing in most American businesses, it needs to be grafted onto the business body politic. Must the internet be behind every innovation of consequence? Ride-sharing and additive manufacturing (3D printing) are all computer-driven — software at work.

The challenge for the business culture is to harness ambition – it is never in short supply — and point it not toward the greasy pole of promotion, but toward the firmament of innovation.