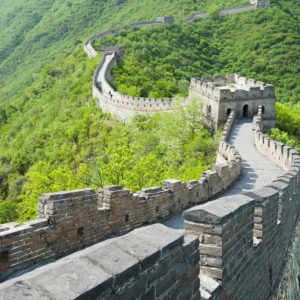 Posted to Politics May 16, 2016 by Carter Dougherty

BEIJING – If Donald J. Trump thinks about how the Chinese government regards him, then the word “fear” surely looms large. Beijing, he must imagine to himself, dreads the idea that Trump would take the White House, for fear that the manly Manhattan mogul will finally drop the hammer on those shifty, crafty, Chinese. But a better word right now might be “confused.” And don’t be surprised if, as November approaches, the Chinese view of Trump hardens into outright contempt.

China is a big place, with nearly 1.4 billion people who have a high degree of freedom to say what they want, as long as it’s not about the Communist Party’s role in running the show. So you can fish around on Weibo, China’s equivalent of Twitter, and find a certain admiration for his reputation as a canny entrepreneur who has built a brand with a certain amount of global notoriety. With that many people, you’re bound to find a Trump-crazed Chinese – or at least thousands of them – willing to cut loose on social media. It says more about the number of Chinese than it does China.

But it’s not going to matter whether The Donald can whip up the netizens of Twitter or Weibo when it comes to dealing with Beijing. Let him brand soy sauce, noodles and rice with his tangerine-colored visage. Cleverly marketing his mug won’t impress the supremely confident Chinese officials who have successfully led China’s world-historic renaissance from poor agrarian nation to $10+ trillion economy. An invitation to Mar-a-Lago won’t impress people who govern with Tiananmen Square in front of them and 3,000 years of history behind them.

Chinese officials can’t answer the question of how Trump would govern, vis-à-vis China, any more than Americans can by reading the facile prescriptions listed on his website. In fact, Trump mocks any attempts at detailed policy discussions. He’s going to stop the “rape” – Trump’s word – of the American economy by China. This statement has no meaning whatsoever except as a kind of primal scream channeling the Trump voter’s xenophobia. Chinese officials in Beijing don’t glean insight with Americans living here; they commiserate with them.

“The Chinese government asks us a lot of questions about the U.S. elections,” said James Zimmerman, head of the American Chamber of Commerce in Beijing. “They are confused. We say ‘we are confused too.’”

Pressed for potential policies of a Trump administration, Zimmerman assures Chinese officials that “it won’t happen.” (Zimmerman was recently in New York, staying at the same Mayflower Hotel where Trump was speaking, and sought out a meeting. He was rebuffed. There was no one to meet with.)

More pensive Chinese officials puzzle over how a Trump candidacy could even come this far in the United States of today.

That it is a cliché to say the world admires the American ability to borrow ideas, people, things and trends from abroad does not make it any less true. It’s a quality, an ethos, that defined the country in the eyes of the globe long before Trump tamed his flyaway mop with a red cap that reads “Make America Great Again.”

And for all the confusion abroad around what Trump’s candidacy means, his views on immigration present an attitude that much of the world understands intuitively. You just raised the hackles of people from Berlin to China, both of which have a lot of experience with big walls. Ban Muslims? He may have been talking to Americans, but those lines are nothing that the world’s adherents to Islam would not understand.

Chinese Finance Minister Lou Jiwei lifted the veil a bit last month when he warned that the United States wouldn’t be entitled to world leadership if it followed Trump’s policy prescriptions of a high-tariff on Chinese imports and other get-tough measures. He also branded Trump an “irrational type.”

Sumantra Maitra, a scholar of foreign policy, wrote on the Chinese website China.org.cn that if you cut out the “incoherence” of Trump’s meandering speeches, there’s not much left. “Trump or his foreign policy advisers, has targeted a section of the American people who want to carry on feeling the superpower pride in world affairs but who don’t understand what it takes to get that and who are tired of paying for it anyway.” The fact that a Donald Trump exists as the Republican nominee already discredits American leadership in itself.

The label Lou applied to Trump says something about China that already bestrides East Asia like a colossus. In a single generation, China has gone from a desperately poor country to one where people go to sleep with full bellies and don’t stop to wonder whether the next day will be better than the last because it’s simply a given. Tomorrow will be a brighter day. If you’re a Chinese, why not call out potentially bad American leadership? You’re the logical heir to it.

And as Donald Trump offers a vision for the future based on his notion of the past – Make American Great Again – China can keep its eyes on the future. And it may get the last laugh.