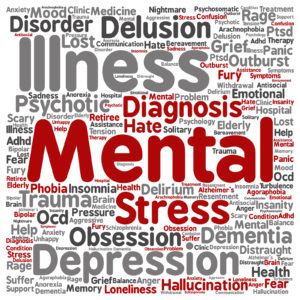 The nation is facing a tragic and widespread mental health crisis. Approximately 43 million people experience a mental illness in the United States, and more than 42,000 Americans commit suicide every year—45 percent more than in 2000—making it one of the country’s leading causes of death, especially for younger Americans.

Lawmakers in California, Oklahoma, Pennsylvania, and in other states across the country have been meeting over the past several months to discuss potential solutions for improving access to mental health care services. Many of those plans include multi-million-dollar government programs, and the U.S. House of Representatives recently passed, in a nearly unanimous vote, legislation that would expand the Department of Health Human Services’ role in mental health care, increase access to psychiatric hospitals, and add additional mental-health-related requirements for insurers, among other provisions.

While some of these strategies will be effective and all are well-intentioned, state and federal budget deficits make many of these plans unrealistic or unsustainable over the long term. There are, however, numerous cost-effective strategies legislators and health advocates on both sides of the aisle can embrace as part of a comprehensive plan to improve access to mental health care.

One policy that has been proven to expand health care access is for states to allow primary care physicians and mental health providers to operate using what is known as a direct primary care (DPC) model.

DPC practices allow patients to pay a monthly membership fee, which typically cost $50 to $80, in exchange for a more generous allocation of appointments than they may otherwise receive under a traditional model. Some patients even receive a set number of same-day appointments or house calls. Because DPC cuts out third-party insurance companies, overhead costs can be reduced by up to 40 percent, allowing doctors to take on fewer patients and provide more personalized care.

Despite the many advantages of direct primary care practices, many states don’t allow this model to be used or treat these practices as though they are insurance companies, making it difficult or impossible to operate effectively.

CON laws are health care regulations that force providers to obtain approval from a state government agency prior to expanding services, building or enhancing facilities, or purchasing new medical equipment. CON law proponents say these laws lower health services costs, but research by Thomas Stratmann and Jacob Russ at the Mercatus Center, shows states with CON laws have not stopped rising costs, and they say CON states have on average “99 fewer hospital beds per 100,000 people” compared to states without them, which means CON laws are reducing access to health care, including mental health services.

Of the 30 states, including Washington, DC, ranked by Mental Health America as being the worst for access to mental health care services and prevalence of mental illness, 23 have CON laws or variations on CON legislation. Studies show lower access to mental health services is linked to serious health and societal problems, including suicide. This may explain why CON laws are linked to higher suicide rates for some groups, such as veterans.2

A third solution involves altering the way Americans communicate about mental illness. It is clear people are frustrated with the extreme scrutiny and judgment received when people stray from what is “politically correct,” but we must remember that there are those around us who may be particularly vulnerable to mental health stigmas—a fact that escapes even presidential candidates these days.

Without greater contextual awareness, many people suffering with a mental illness will continue to feel trapped by their disease. According to the Centers for Disease Control and Prevention (CDC), Only 25 percent of adults with mental health symptoms believe people are caring and sympathetic to persons with a mental illness, a problem the CDC says discourages people from seeking the treatment they need.

Our culture needs to change, and that starts with openness, acceptance, and a transformation of our language.

If policymakers, members of the media, and health care advocates embrace these practical, cost-effective solutions, the nation may finally be able to gain significant ground in the battle against mental illness.

Justin Haskins ([email protected]tland.org) is executive editor of The Heartland Institute. Jacquelyn Corley, M.D., ([email protected]) is a neurological surgery resident at Duke University Medical Center and a member of the Duke Division of Global Neurosurgery.