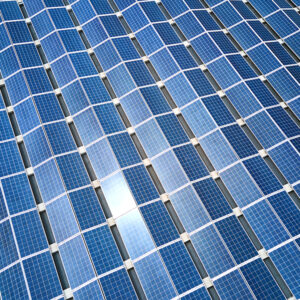 How Did a Small Solar Company’s Complaint Bring the Industry To a Standstill?

Political leaders from both parties are publicly decrying a Biden administration probe into solar panel imports that has brought parts of the U.S. solar industry to a virtual standstill. More quietly, they’re pointing fingers at an American company, First Solar, for helping create the crisis — one that benefits the Arizona-based company.

At issue are Obama-era tariffs on solar panel components made in China. A small solar panel assembly company, Auxin Solar, filed a petition with the Commerce Department to impose those tariffs on crystalline silicon photovoltaic (CSPV) solar panels and cells imported from Malaysia, Vietnam, Thailand, and Cambodia, claiming the facilities are a front for Chinese producers.

In late March, the Commerce Department launched its probe — and brought a series of large solar panel installation projects to a standstill.

“Initiation of this investigation is already causing massive disruption in the solar industry,” a bipartisan group of senators wrote President Joe Biden earlier this month. “It will severely harm American solar businesses and workers and increase costs for American families as long as it continues.”

There aren’t many issues that will bring together a liberal like Rhode Island’s Sen. Sheldon Whitehouse and North Carolina conservative Sen. Thom Tillis. They’re both concerned the threat of retroactive tariffs — as high as 300 percent of the assessed value — will keep large-scale solar projects on the drawing board and slow efforts to combat climate change.

“They needed to resolve this yesterday,” Whitehouse told Axios.

A survey of more than 200 solar companies finds three quarters have canceled or delayed panel deliveries since the Commerce Department announced its probe. The survey, conducted by the Solar Energy Industries Association (SEIA), also found the impacts are being felt across all market segments — residential, commercial, community solar, and utility-scale solar.

“This investigation is based on a meritless trade case that is hammering the solar industry in real-time and diminishing our efforts as a country to tackle climate change,” said Abigail Ross Hopper, SEIA’s president and CEO. “We urge the administration to expedite this investigation and end this unnecessary roadblock to our clean energy future.”

Gabriella Beaumont-Smith, policy analyst at the Cato Institute’s Herbert A. Stiefel Center for Trade Policy Studies, says it is an issue of concern for U.S. businesses.

“Companies that import those solar panels and solar cells are facing potentially some new rounds of import limitations,” says Smith. “They are wanting to wait and see what happens before they make any more investment decisions.”

Meanwhile, suspicions grow that Auxin Solar doesn’t have the resources to mount this expensive legal challenge alone. Inside sources say it’s being bankrolled by bigger players. One rumor is that oil or gas interests are behind it, but sources on Capitol Hill and in the industry call that a bank shot.

“It’s First Solar,” one lobbyist told InsideSources. “It’s an open secret that they’re behind this.”

First Solar is the largest solar manufacturer in the U.S. When news of the probe hit, its stock value rose 5.6 percent.

Mamun Rashid, president of Auxin Solar, denies he is being backed by any bigger players. He told The Washington Post his company had to act, regardless of the legal bills. “We don’t have a business if we don’t do something about this.”

At the same time, market analysts at Cowen and J.P. Morgan acknowledge First Solar is one of few U.S. companies to benefit from the imposition of the tariffs and the impact of the investigation.

And First Solar issued a flat denial: “The answer is an unequivocal, no, we are not a party to Auxin’s anti-circumvention petition,” said Samantha Sloan, First Solar’s Vice President of Policy. “Unfortunately, those lobbying against the law taking its course choose to obscure the facts with their loud, presumably expensive sky-is-falling campaign. This seems to indicate that they are afraid that the Department will find that Chinese solar manufacturers are, in fact, engaged in circumvention and will hold them accountable for their unfair and unlawful trade practices.”

Whoever’s behind it, Greg Nemet, a professor of public affairs at the University of Wisconsin, Madison, says the net effect of the Commerce Department’s actions will be higher prices, which will hurt efforts for a clean energy future.

“If we care about meeting climate goals, that requires larger investment and faster installation of solar. and it’s hard to see how higher priced panels help that,” Nemet told E&E News.

The fight over Auxin Solar’s complaint is having immediate impacts. NiSource Inc. recently announced plans to delay the shutdown of a coal-fired power plant by two years because of the solar market situation.

Ryan Young, a Senior Fellow focusing on trade policy for the Competitive Enterprise Institute, says this story highlights the unintended consequences tariffs can have.

“Assume, for the sake of argument that solar panel tariffs do, in fact, benefit American solar panel producers,” says Young. “Those benefits come at the expense of every consumer and every industry that uses solar panels, and now has to pay extra for them.”

For example, Young says construction costs would go up while projects get delayed, workers miss paychecks, and rents go up to cover the higher costs.