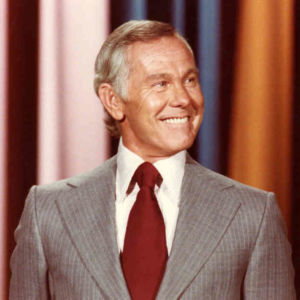 ‘How Hot is It?’ Trump’s Booming Economy Is No Joke

Over the past year, the U.S. economy added an average of 213,000 jobs every month, driving unemployment down to 3.6 percent, its lowest point since 1969.  The last time this much of the American workforce was on the job, the Beatles were still a band and presidential hopefuls Pete Buttigieg, Cory Booker and Kirsten Gillibrand hadn’t been born yet.

The overall economy (GDP) grew at 3.2 percent in the first quarter of 2019–twice as fast as the last two years of the Obama administration. Average wages grew far faster than inflation and are now at $27.77 per hour, and yet there’s no sign of inflation.

As legendary late-night TV host Johnny Carson might have said to Ed McMahon, this Trump economy is so hot…

How hot is it?  What do economists think about the current state of our nation’s fiscal health?

“‘Spectacular’ is the only way to describe this jobs report,” economist Sung Won Sohn of Loyola Marymount University told the Washington Post, who asked in their own headline: “Is This Economy Too Good to Be True?”

And economist Ryan Bourne of the Cato Institute says that, when it comes to jobs, the economy is even stronger than it looks.

“I think the most striking thing for me is the employment-to-population ratio, which is now performing better than at the height of the pre-crash boom, once you adjust for how the population has aged since then,” Bourne tells InsideSources. Adjusted for the older population, “the actual employment rate today is 62.8 percent, much higher than the estimated rate of 62.2 percent in 2006 if today’s population structure is applied.”

“The US labor market, on employment rates at least, appears to be performing better now than prior to the crash,” Bourne says.

And that’s not all.

“How hot is this economy? So hot it’s reducing inequality,” Peter Morici of the University of Maryland, tells InsideSources.

That’s in stark contrast to the Obama years when, despite economic growth in the wake of the Great Recession, income inequality accelerated as top earners’ wealth increased faster than lower-income families. The income gap generally worsened during the Obama administration and was still increasing during his last year in office.

It’s been a different story under Donald Trump. In March, Goldman Sachs reported that blue-collar and middle-class wages for the previous year rose by four percent– twice as fast as higher earners.

“During Obama’s time, inequality increased,” Morici said in a Fox News interview. “Now inequality is decreasing–minorities, women, the handicapped–they’re all benefitting dramatically from this more robust growth. They’re being drawn into the labor market, they’re getting better jobs. So this is a really good economy.”

And then there’s rising worker productivity, which some economists believe is the single-best indicator of the underlying health of an economy and its potential for continued growth. In the first quarter of 2019, productivity rose a robust 3.6 percent, the highest rate in nearly a decade.

“In the end, all growth comes from productivity,” economist John Cochrane of the Hoover Institution tells InsideSources. “We are immensely better off than our great grandparents only because each person can produce so much more per hour.  Stimulus, redistribution, negotiation, splitting the pie – nothing else comes close” when it comes to impacting our economy, Cochrane says.

And economist Mark J. Perry of the American Enterprise Institute notes this data point: Dining out.

“The Restaurant Performance Index from the National Restaurant Association provides a monthly measure of economic conditions nationally,” Perry says. “Like new cars, consumers spend more eating at restaurants when they are confident about their jobs and economic situation, etc.”

The trend from the RPI is up, and the restaurant association reports that “roughly one-half of restaurant operators expect to see stronger sales volumes in six months.”

Still, while the economic skies look clear, some economists see potential dark clouds on the horizon.

Desmond Lachman of AEI tells InsideSources says “one might wonder whether the economy has feet of clay. Thanks to the Trump Administration we now have a ballooning budget deficit and a debt level that is on track to exceed 100 percent of GDP. We also have had the economy pumped up by a massive amount of money printing that has led to asset price bubbles and credit misallocation around the globe. We also now have an ‘America First’ policy that is heightening the chances of a trade war with China and then with Europe.

“All of this means that should the US economy turn down for any reason we will not have much budget or monetary policy ammunition to fight it,” Lachman warns.

“How good is this economy? So good that people are seriously comparing it to the 1920’s!” Bauman jokes.

“They’re calling this the ‘roaring 2020’s.’ Stock prices are at all-time highs. The wealthiest one percent once again hold enormous wealth and call the shots in government. The labor movement is on its heels and inequality is as high as it has ever been. Government deficits have exploded in the aftermath of big wars. Nationalism is on the rise,” says Bauman.

“But we’ve still got more than a decade to go until the anniversary of the Great Crash of October 2029, so what’s not to like?”

Bauman’s view is definitely an outlier. Even media outlets and think tanks hostile to the Trump presidency have acknowledged the economy’s success, and predictions of doom from just a few weeks ago today look downright embarrassing.

On February 28, Obama White House economist Jason Furman tweeted  “Given the large amount of fiscal stimulus in 2018 is unlikely to be repeated and the labor market has less room than it did a year ago, it’s very likely this is a high water mark for the recent period. Growth in 2019 is tracking around 1 percent and potential growth is around 1.75 percent.”

If this economic success continues into 2020, Donald Trump may get the last laugh.