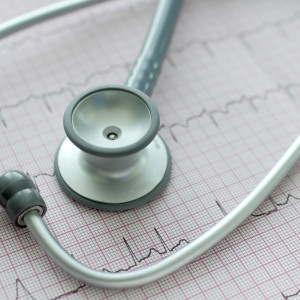 As policymakers struggle to rein in healthcare costs, it would seem obvious that medical services should be performed in the most efficient, lowest cost, clinically appropriate setting. But Medicare payment systems are moving outpatient care into the most expensive venues, wasting scarce insurance and patient dollars – a problem that recent legislation does little to alleviate.

This creates an incentive for hospitals to acquire physician practices and outpatient facilities and/or hire physicians as employees thereby converting the same service, performed by the same physicians, on the same patients and often at the exact same location into more highly remunerated HOPD services. Any facility within 35 miles of the hospital can be re-labeled an HOPD. The Government Accountability Office (GAO) found the number of physicians working in hospital owned facilities doubled between 2007 and 2013.

Shifting services into higher paid HOPDs has increased Medicare and patient spending with no difference in patient care or outcomes. In its March 2015 Report to the Congress on Medicare Payment Policy, the Medicare Payment Advisory Commission (MedPAC) reported that between 2006 and 2013 outpatient payments per beneficiary increased 7.9% annually, far outpacing other cost increases.

The GAO estimates Medicare and Medicare beneficiaries could save $1-2 billion per year if payment rates for E&M office visits were equalized between physician offices and HOPDs. A 2014 analysis by the HSS Inspector General found that 68% of patients older than 65 receiving surgical procedures at HOPDs had low or no-risk medical profiles and could safely have procedures at freestanding ambulatory surgical centers. Medicare could save $15 billion over six years by paying HOPDs the lower rates paid at ambulatory surgery centers for these patients. Patients would save $2-4 billion in reduced cost sharing.

Hospitals claim higher HOPD rates are justified because hospitals treat sicker patients, maintain higher cost emergency and twenty-four hour services, and provide care to vulnerable populations. But these assertions do not justify paying higher rates for the same physicians performing the same services on the same patients in the same locations just because the hospital has acquired and relabeled it as an HOPD. The patients did not suddenly become sicker when the hospital sign went up. And newly established HOPDs, far from existing hospital facilities, do not share the hospital’s higher cost structure.

A 2011 Rand study found that payment differentials between HOPDs and other settings exceeded the differences in cost. The differentials do not reflect differences in patient characteristics or the nature of the procedure across settings. Adjusting for patient risk factors, the Avalere study confirmed that differences between patient populations only account for a small part of the payment differences between treatment settings. And the GAO found that counties with high levels of hospital-physician consolidation and higher HOPD utilization did not have sicker patients than other counties.

Since 2012, MedPAC has recommended equalizing rates for E&M office visits provided in HOPDs and physicians’ offices. MedPAC extended the recommendation in 2014 to include adjusting the rates for certain HOPD services to more closely align with rates paid for the same services provided in free-standing physician offices.

The Bipartisan Budget Act of 2015 provides that, effective January 1, 2017, services furnished at HOPDs located off of hospital campuses will be paid the non-hospital rate. But the thousands of off-campus facilities billing as HOPDS prior to enactment of the legislation will continue to be paid the higher HOPD rates. And all on-campus HOPDs will continue to receive higher rates.

Making Medicare an efficient purchaser of healthcare will require more comprehensive legislation. There is no advantage to overpaying HOPDs when the same services can be safely provided elsewhere for less than half the price.

Joel Zinberg, M.D., J.D., F.A.C.S., a visiting scholar at the American Enterprise Institute, is a practicing surgeon at Mount Sinai Hospital and an associate clinical professor of surgery at the Icahn School of Medicine.