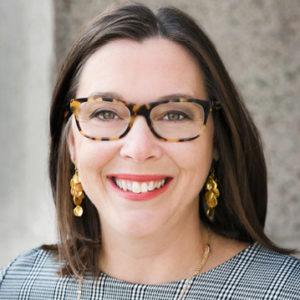 Why is a Trump appointee stopping progress on America’s efforts to compete with China in the vital arena of 5G technology? That’s the question being asked in the wireless industry, the Federal Communications Commission (FCC) and the White House itself.

In June of 2019, Aimee Jorjani was confirmed by the U.S. Senate as the first full-time chairman of the obscure Advisory Council on Historic Preservation (ACHP).

The council is a creation of the National Historic Preservation Act (NHPA) and its job is to “promote the preservation, enhancement, and sustainable use of our nation’s diverse historic resources,” according to its mission statement, as well as “advising the President and the Congress on national historic preservation policy.”

But as of this week, Jorjani isn’t advising the White House and Congress so much as obstructing them. At issue is the little-known but immensely important problem of “Twilight Towers.”

America and China are in a tooth-and-nail fight over dominance in fifth-generation wireless technology. Ren Zhengfei, founder of China’s Huawei Technologies, describes his company as being in a “state of war.” According to a Wall Street Journal report, Zhengfei told a group of his employees in Hangzhou they must “surge forward, killing as you go, to blaze us a trail of blood,” in their competition with the U.S.

American companies are running neck-and-neck with their Chinese competitors, and President Trump has made boosting America’s 5G technology one of his top priorities. “Secure 5G networks will absolutely be a vital link to America’s prosperity and national security in the 21st century,” Trump said in August.

One stumbling block is U.S. infrastructure, in particular the towers needed to connect exurban and rural Americans to the new, faster, higher-capacity 5G network.

“Twilight Towers,” many in the industry believe, are part of the solution.

“Twilight Towers” is the FCC’s name for some 4,000 or so cell towers built between 2001 and 2005 whose siting didn’t undergo the historical preservation review now required, or lack documentation proving they passed muster. Many are larger (or “macro”) towers outside densely populated urban communities where smaller “micro” towers are sufficient.

Wireless companies want to upgrade these towers with 5G equipment. Some state-level historic preservation groups and representatives of Native American tribes want these existing towers to undergo a full review, a slow and costly process.

After a decade of debate and wrangling, FCC Chairman Ajit Pai announced last year a solution was in the works, and the ACHP was going to be a part of it.

“After many discussions with Tribal representatives, industry, and other interested stakeholders, it is now clear that it is up to the FCC, working with our colleagues at the Advisory Council on Historic Preservation (ACHP), to finally solve this problem. And none too soon; the more rapidly we enable additional use of this infrastructure, the sooner consumers everywhere can benefit from next-generation wireless services.”

Pai’s plan, passed 5-0 by the bipartisan members of the FCC, would prohibit these towers from being expanded or extended, but it would allow new, upgraded technology to be placed on them — a practice known in the wireless industry as “collocation.”

In their filing with the FCC, the CTIA — which represents the U.S. wireless communications industry — called the plan “a balanced solution that clears the way to expanded use of these towers—enabling the public’s access to expanded wireless services—and also fully safeguards the historic preservation interests that the NHPA protects.”

On August 24, the FCC sent over its request for the ACHP to issue a “program comment” on the proposal, putting the process on a 45-day clock. All that’s left is for Chairwoman Jorjani to allow a vote by her commission and its GOP-backed majority this Thursday, when the measure is expected to pass easily.

Instead, Jorjani has single-handedly stopped the process in its tracks. Jorjani is telling the White House that she may support a delay — a delay that would push the issue past the upcoming election and potentially into the hands of a less-business-friendly Biden administration.

This reversal has left GOP senators and administration officials flummoxed. Jorjani worked for six years at the Department of the Interior during the Bush administration and was a staffer in former GOP Speaker of the House Paul Ryan’s office. During her confirmation hearing, she told Sen. Rob Portman (R-Ohio) she “looked forward to finding a solution to this set of towers.”

“The infrastructure is there,” Jorjani said at the time. “It would be a shame not to utilize it.” Now, she’s preventing American tech companies from doing just that.

“She was essentially appointed to this job to do one thing: fix this “Twilight Towers” problem,” an administration source told InsideSources. “If she can’t do that, the White House may decide to make a last-second change to get this done.”

Asked why Jorjani was obstructing the FCC’s plan, Jonathan S. Adelstein, president and CEO of the Wireless Infrastructure Association, told InsideSources: “We don’t know. We’ve been desperately trying to reach out to her, but she won’t return our calls. She’s not interested in hearing our side of the story.”

The towers themselves don’t appear to be the problem. Sources inside the FCC note the agency has only received four or five complaints about the existing towers in the past 19 years. “If these towers have a siting problem, nobody’s noticed it in nearly twenty years,” an FCC insider said.

Meanwhile, Adelstein says it’s important to focus on who will lose out if these towers are kept offline in a 5G future: residents and business owners in rural, often low-income, communities.

“Twilight Towers really are essential to rural and exurban wireless broadband service,” Adelstein said. “Macro towers are the most efficient way to reach the widest areas where there’s less population density. These communities need 5G — for education, for healthcare and for economic development. It’s a shame if they get left behind.”