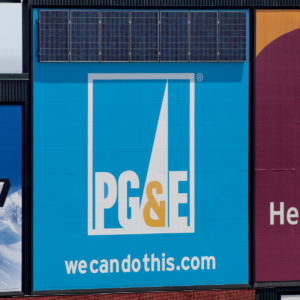 Twenty-eight months ago, Pacific Gas and Electric shareholders had reason to smile.

The company, which powered 5.3 million buildings and delivered natural gas to 4.4 million customers, was healthy, and its future looked bright. At around $70 per share, its stock was at an all-time high.

But California’s wildfire season, already underway, began to intensify. The following year, the infernos were almost unimaginably worse. Eighty-six people were killed in the Camp Fire, which raged for more than two weeks in November 2018.

With its electrical infrastructure fingered as the cause of many of the blazes, and facing liabilities that were likely to total in the tens of billions of dollars, PG&E’s stock cratered to around $6, just before it declared bankruptcy last January.

But for some, disaster offers opportunity.

As The Wall Street Journal reported, PG&E’s bankruptcy represented a “bonanza for the professionals that work on the problems of troubled companies” — including the men and women of hedge funds. Knighthead Capital Management, The Baupost Group, Viking Global Investors, and BlueMountain Capital Management were among the firms that grabbed large chunks of stock as the blazes worsened, the company’s share price tumbled, and bankruptcy loomed. The goal? Buy cheap, count on what one reporter called “possible legislative and regulatory action that could limit PG&E’s wildfire liabilities,” and ultimately profit when order eventually replaces chaos.

Of the hedge funders who made big bets on PG&E’s turnaround, one in particular — Knighthead — has emerged over the past year as the leading player in steering PG&E out of bankruptcy, helping to mastermind the company’s plan of reorganization. And if California Governor Gavin Newsom gives his blessing to the plan in the coming weeks, the gamble Knighthead took on PG&E stock looks almost certain to pay off.

Knighthead first emerged as a major player in the bankruptcy back in March of last year, when it formed a triumvirate with Abrams Capital Management and Redwood Capital Management. In April, the firms won approval of a new CEO and new board of directors consisting almost entirely of their allies. When PG&E submitted its bankruptcy-exit plan in September, the document outlined an approach favored by Knighthead and its fellow PG&E shareholders. Knighthead even provided the company a “backstop” — i.e., a commitment of up to $14 billion, “in consideration of the issuance of new shares of common stock of PG&E.”

The court overseeing bankruptcy proceedings has yet to approve a plan for PG&E’s emergence from Chapter 11. Knighthead, and the board, are squaring off against a rival proposal crafted by the utility’s bondholders. But Knighthead and its allies scored a major coup in December when it brokered a $13.5 billion settlement between PG&E and the committee representing wildfire victims. With the victims’ committee now backing the company’s exit blueprint, PG&E has secured a series of favorable rulings from U.S. Bankruptcy Court Judge Dennis Montali.

However, the Knighthead plan must now win the support of Governor Newsom, who appoints the state’s Public Utilities Commission, which must approve any plan. The governor’s political interests could push towards a fast resolution, but Newsom has said the current plans are inadequate. His office will reportedly weigh in soon on whether Knighthead’s approach, which he has criticized for its overreliance on debt, can be salvaged.

Whatever the outcome, Knighthead finds itself in a pivotal role in an enormously complex, high-stakes smackdown. Yet very little is known about them, especially in California.

The fund was co-founded in New York in 2008 by Ara D. Cohen and Thomas A. Wagner, III. Little is publicly known about the former — although a year ago, the real-estate press covered the bath he took on his Greenwich mansion. Wagner’s profile is more public. A veteran of Ernst & Young, Credit Suisse First Boston, and Goldman Sachs, he has an accounting degree from Villanova University and an MBA from Columbia Business School. In a 2016 interview with Bloomberg, Wagner bragged about the “terrific opportunities” his firm had seized upon “not only in corporate distress but also in sovereign distress,” including Puerto Rico and Argentina. (His prediction that “there will be some very interesting opportunities” in Venezuela hasn’t aged well.)

Wagner’s preference for the GOP did not yield any contributions to the 45th president. But eschewing contributions to The Donald has not garnered the hedge fund’s co-founder a pass by those who constantly prowl for proof of untoward ties between Trump and Vladimir Putin. It has been accused by investigative journalist Nafeez Ahmed of helping to place “the largest company in the former Yugoslavia into the coffers of Russia’s largest banks” while possessing “ties to the uppermost echelons of the Trump administration.”

Knighthead seized on a distressed-asset opportunity of a different kind with its PG&E play. The fund made a big bet on the comeback of PG&E following the biggest utility bankruptcy in American history. Whether that wager pays off is now mostly in the hands of California’s Democratic governor, but if Wagner and Co. are able to win him over, it would be a remarkable victory for a little-known hedge fund.