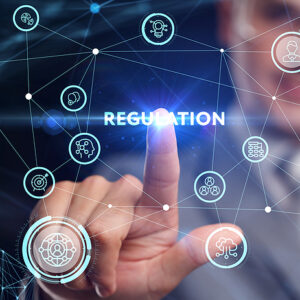 How Sandbox Programs Can Help Promote Innovation and Consumer Welfare

One way to fix that problem is through regulatory “sandbox” programs, which provide high-potential startups and technology companies an experimenting space for innovation. By allowing companies and regulators to work closely, regulatory sandboxes can also help regulators better understand how different rules affect businesses and result in market-friendly regulatory frameworks that promote innovation in areas like alternative lending, digital currencies and payment systems.

In 2016, the United Kingdom’s Financial Conduct Authority launched the world’s first regulatory sandbox program. Since then, more than 50 jurisdictions worldwide have adopted similar programs, according to the World Bank. In the United States, states have taken the lead. So far, at least 11 states — such as Arizona, Hawaii and West Virginia — have establishedfinancial technology sandbox programs.

These challenges have contributed to a situation in which most-state level sandboxes struggle to attract companies, with only Hawaii and Arizona’s financial technology sandbox programs having managed to attract more than 10 participants as of late last year.

Other states that have struggled to attract companies can catch up by taking several steps to make their sandbox programs more attractive. One option is for regulators from different states to sign reciprocal agreements so businesses in one state’s sandbox can more readily offer products through another program.

Likewise, U.S. state legislation typically gives sandbox regulators the authority to sign reciprocal agreements with other regulators, including foreign ones. Such arrangements could allow American companies to offer new, innovative products in foreign markets. Likewise, foreign companies could also use state sandbox programs to test products and services to benefit American consumers and the U.S. economy. Therefore, state regulators should consider signing international agreements with advanced economies and a well-developed financial sector — such as Germany, South Korea and the United Kingdom to the extent that U.S. constitutional law allows.

State lawmakers and sandbox regulators should also avoid or eliminate requirements for applicants to establish a physical presence in the state. Wyoming, for example, requires applicants to demonstrate “a physical presence, other than that of a registered office or agent” in the state. Such requirements can pose a significant barrier for potential out-of-state sandbox participants and deter them from applying.

As state governments seek to promote innovation across various sectors, regulatory sandbox programs can serve as a much-needed tool in a broader effort to craft market-friendly regulatory frameworks. Passing laws to create those programs is an excellent first step, but state governments must think strategically about making them more effective. Pursuing regulatory cooperation with state and foreign governments and creating more flexible rules for sandbox participants can allow these programs to achieve their full potential to promote innovation and help the U.S. financial services sector remain globally competitive.

Ryan Nabil is a Research Fellow at the Competitive Enterprise Institute (CEI) in Washington, D.C. Ryan is the author of an upcoming CEI report on how US lawmakers and regulators can design and run more effective sandbox programs. He wrote this for InsideSources.com.