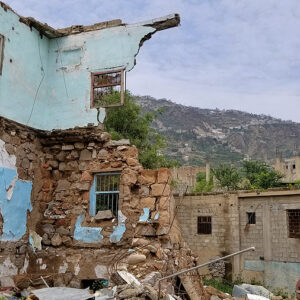 How Saudi Arabia is Losing its War in Yemen

The warfare in Yemen was begun by Saudi Arabia about six years ago to destroy the Yemeni Ansarullah movement and bring fugitive President Abd al-Mansour Hadi back to power. At the time, Saudi Arabia’s Crown Prince Mohammed bin Salman took charge of leading the war to present himself as a regional leader. Over time, its other allies joined a coalition against Yemen, including Saudi Arabia’s main ally, the United Arab Emirates.

After six years, if the Saudi coalition reviews its provocation in opposition to Yemen explicitly, definitely, and realistically, it will realize that none of its goals in the conflict were achieved. In other words, the Saudis will discover they have lost all their playing cards at the same time as the United States refrains from continuing to guide the coalition.

The latest Yemeni blow to Saudi Arabia’s oil centers in Dhahran (east of Saudi Arabia) is not the final. However, it carries a critical message that the regime has misplaced control. After changing the UAE’s role in Yemen and withdrawing from there, Saudi Arabia has recruited militias under its auspices in southern Yemen to attack the natural and economic resources of that country, Therefore, the losses and damages to the Saudi regime have multiplied.

But the UAE rotation has not been so painful to Saudi Arabia because Yemen was able to launch assaults deep into its main rival’s territory. Following Saudi Arabia’s defeat, which seeks to downplay recent reverses, Crown Prince bin Salman is attempting to improve his playing hand to enhance his image with the west and the new Biden administration.

The futility of the Yemeni War was proven to the Saudis a year after it started, which they quickly realized. Still, they insist on continuing this war, besieging the Yemeni nation and keeping it hungry. However, the Biden administration’s decision to end its support for coalition forces sends an important message that the warfare isn’t as beneficial to the Americans as it is to the Saudis.

This is where the importance of Yemeni attacks, including the recent attack on Dhahran, comes into play, underscoring the fact that the final winner of the war is the Yemenis. Therefore, it can be said that any negotiations in the future will be conducted on this basis. It is also likely the Saudis will not achieve any of their goals because they are the weakest side in this equation.

In particular, the battle of Ma’rib has sent strong signals that the fighting is in the interest of the real owners of the land, just as liberating Ma’rib from the occupation of the aggressor coalition and its mercenaries is a national duty for the Yemenis. Because the Saudi crown prince could not fulfill his promises or present a winning hand to the White House, it is now pulling away from him. Bin Salman is apparently no longer as popular in Washington as he used to be.

In brief, the situation has reached a point where the Saudis should be happy about the end of the Yemeni war. Because it puts an end to their material and human losses and prevents further erosion of Saudi military and economic capabilities. It can be said that the UAE understood this message earlier and realized that with the escalation of tensions, maybe a Yemeni missile or a Yemeni drone landing in Dubai would end make foreign companies flee the UAE. Hence, the UAE withdrew from Yemen. But the Saudi crown prince ignored that, and that ignorance carries many consequences for Saudi Arabia and the crown prince personally.

Therefore, the Saudis should accept this reality and leave Yemen. Because the war has completely failed and its casualties are increasing every day. They apparently have no other remaining ally. It would be logical if Riyadh uses the final opportunity to keep away from similar defeat and no longer lose its closing playing cards.