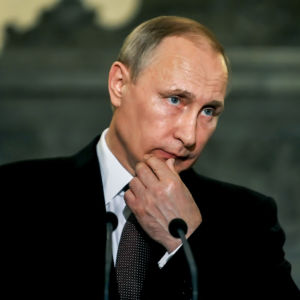 How Soviet Disinformation Tactics Might Affect the U.S. Election

Posted to Politics August 29, 2016 by Eli Dourado and Raymond Russell

Can Russian spies sway a U.S. election? For years, they’ve been perfecting the art of information warfare and waiting for the right moment. This year’s unprecedentedly wacky presidential election cycle may just be the opportunity Russia has been hoping for. With a few well-targeted operations, the Kremlin could undermine the integrity of our electoral process.

Information warfare, called “active measures” by the Russians, has been part of the country’s domestic and foreign policy toolkit for over a century. “The Protocols of the Elders of Zion,” a forged anti-Semitic pamphlet that found its way into Nazi classrooms, was fabricated by Russia’s secret police in 1903. A few decades later, the new Soviet government invented a phony anti-communist resistance movement to lure back Russian emigres who still sympathized with the Tsar. When the exiles returned to Russia, they were quietly “disappeared.”

During the Cold War, the Soviet Union tried repeatedly to advance its interests in the United States through disinformation. Some Americans still believe that the CIA had a hand in President John Kennedy’s assassination. Six percent believe that Neil Armstrong took his one small step on a Stanley Kubrick movie set. Alarmingly, nearly half of African-Americans in a 2005 survey believed that the AIDS virus was artificial. All of these ideas were born in Moscow.

The Soviets involved themselves more directly in U.S. politics, too. According to Stanislav Lunev, a high-ranking Soviet intelligence officer who defected to the United States in 1992, the Kremlin spent $1 billion bankrolling American anti-Vietnam War protesters — more than they spent subsidizing the Viet Cong.

Although the Soviet Union collapsed 25 years ago, the KGB survived. In 1995, the agency rebranded itself as the Federal Security Service (FSB). Just as the internet has created new opportunities for entrepreneurship and innovation, it allows the FSB to stretch its operations budget much further than its predecessor. While much attention is focused on cyberattacks, Western countries should be more concerned about subtler forms of cyberwarfare that manipulate the public in a fundamental way.

Sometimes this manipulation is harmless. On September 11, 2014, internet trolls and bots attempted to hoodwink residents of southern Louisiana. Out of nowhere, scores of Twitter accounts were sharing photos and videos of explosions at the Columbian Chemicals plant in Centreville, often blaming ISIS. Thankfully, there was no tragic terrorist attack in Louisiana. Further investigation would implicate a network of fake social media accounts operated from Russia — the loudest voices perpetuating the hoax came from Twitter, Facebook and Wikipedia accounts created only a few days before the purported devastation.

While a rapidly debunked Twitter hoax may not worry the West too much, Moscow perpetrated a more serious deception last year. In April 2015, hackers brought down a major French news network in the name of jihad, and the French government quickly condemned the supposed Islamic cyberterrorists. But a few months later, investigators implicated a group of hackers tied to the FSB. Meanwhile, public fear had nurtured Islamophobic, Eurosceptic politicians — the very politicians who enjoy good relationships with Russia.

Imagine similar “active measures” applied to this year’s election. Leaked Democratic National Committee emails, thought to originate with a hack by the Russians, have already forced the resignation of the DNC’s chairman, Debbie Wasserman Schultz. Don’t be surprised if Hillary Clinton’s missing State Department emails or new data from the Clinton Foundation suddenly come to light in an October Surprise. While this information is arguably relevant to the election, a devious tactic could include leaking the cache of emails alongside subtle forgeries that paint Mrs. Clinton in a worse light than the genuine emails would.

Alternatively, or in addition, the Russians may attempt to cast doubt on the legitimacy of the election results themselves. Donald Trump has already said that if he loses, it will because the results were “rigged.” His supporters may be psychologically primed to believe this allegation, and if Russia’s trolls could substantiate it, they could subvert our democratic tradition for years to come — even if Mrs. Clinton wins the election.

It would be silly to assume that “active measures” will end with this year’s election. This is the new normal. We cannot afford to be naive. We must all insist on careful attribution of information to original sources, on greater transparency so that foreign adversaries cannot weaponize our secrets, and on more secure computing systems, including the use of strong encryption. The Kremlin will continue to nurture political division in the United States if we let it.

Eli Dourado is a research fellow at the Mercatus Center at George Mason University and director of its Technology Policy Program. Raymond Russell is a summer fellow at Mercatus.