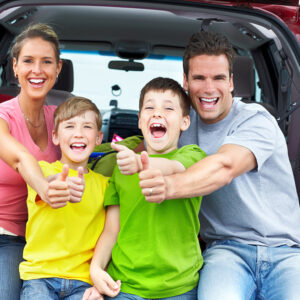 How Summer Has Become So Very Special in America

The calendar opines that summer starts on June 20, but we know better. Metaphorically, it starts on Memorial Day, when we give thanks to those we honor, those who gave their lives for their country. Then it is, “Beach, ahoy!”

Memorial Day weekend signals the beginning of summer as if a flaming taper were applied to black powder and a cannon fired, joyously marking the sun’s reascendance to its throne.

Summer is important everywhere: To the British who try to catch a few elusive rays under their perfidious sun; to the French who shut their country down in August, and claim their spots on the crowded Mediterranean and Atlantic beaches; or to the Germans who take the summer break as a time to earn bragging rights on how far away and in which unlikely places they took their generous six weeks of vacation.

It isn’t that we Americans don’t travel. But it is here, at home, that we worship summer with the adulation of the sun. It is here we celebrate warmth, sand, water, and barbecues. It is here that summer is most adored, most longed for, and most remembered for everything from young love to wraparound family togetherness.

All the world celebrates summer, but Americans exalt in it; treasure it as no others around the world.

Summer is woven into our culture, from those beach movies of the 1950s to its endless evocation in popular songs.

Growing up in Africa, I was bemused and confused by all of this summer worship coming out of the radio. We took summer for granted. It incorporated our rainy season and was a little less lovely than winter — when the weather was so fair that the radio station (there was but one, and no television station ) didn’t announce the weather for six months. How many ways can a weather forecaster, even the most creative, say “perfect”?

Yes, on the Zimbabwe plateau (highveld), close to the equator, the weather is perfect and, if I might say so, perfectly boring.

No, give me the change of season. Let me join other Americans in celebrating the euphoria that breaks out every June when we say goodbye to dull care and embrace the bounty of summer, of cookouts and hikes, of shorts and tank tops, and of going sockless.

From the beaches to the lakes, summer draws us to the water; some just want to bake their winter-ravaged bodies in the hot sand, others want to take to the water in or on everything from canoes to paddleboards, and from dinghies to great schooners.

The call of the water is loud in summer for many Americans but so, too, is the call of the mountains, and the glory of the national parks beckons with a seductive finger.

The American summer is inextricably tied up with coming of age, of first love – indeed, the first of many first things. But it also enchants the oldsters. It is the time for family integration when grandchildren and even great-grandchildren can be indulged from Portland, Maine to Myrtle Beach, South Carolina, and from the Upper Michigan Peninsula to San Diego.

Summer thrills, stocks the memory bank, as even Alaska turns from the epitome of winter to a lush and tempting land where the outdoors offers a cornucopia of joys.

I have been lucky enough to spend summers around the world, so I can report that nowhere is summer embraced with such near-religious fervor as it is here in the United States; nowhere is the sun’s return to full raiment of majesty so celebrated and adored.

Remember this Memorial Day those who fell so that we might be free to fire up the grill and soak up the sun. It shines so lovingly on America.