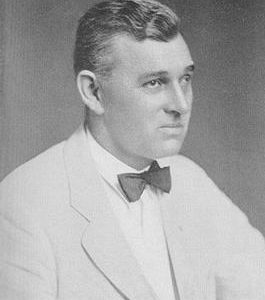 Dr. John H. Bell was the superintendent at the Virginia State Colony for Epileptics and Feebleminded
[IS] Opinions

The 2020s have arrived. Science and technology are poised to revolutionize health care, spawning moral questions we can’t yet imagine. Such questions will tempt governments to mandate or prohibit new technologies. Unintended consequences will follow.

2020 marks a good time for medical professionals, ethicists and policymakers to examine events that transpired in the previous ’20s — the 1920s — a similar period of foment. In 1920, nobody quite knew the nature of the coming medical revolution. Before the decade was out, hope turned to hubris, and public policy veered in abominable directions.

In the 1920s, scientific and political consensus led to appalling abuses of human rights, including the forcible sterilization of tens of thousands of Americans.

In teaching medical professionals, I’ve always devoted a week or two to the 1920s, never telling the students exactly why we were covering this period or exactly what they were supposed to learn from it. They were left to draw their own lessons on what that period means for our own time. I’ll do the same here.

First, a bit of context. From around the 1830s on, Western medicine sank into “therapeutic nihilism” — the idea that then-existing medical interventions did more harm than good, so doctors should limit their activities to observing and comforting patients — not trying to heal them. In the late 1800s, the field of statistics emerged, and researchers zealously applied new mathematical tools to the study of physical and mental illness. Knowledge grew rapidly, but confidence in that knowledge grew even faster. Therapeutic medicine was back. The 1920s produced insulin and penicillin, but it also generated an awful consensus around eugenics — the highly politicized junk-science predecessor to genetics.

Eugenics was purportedly the science of good breeding. Armed with statistical tools and modern medical techniques, eugenicists believed they could and should breed a superior race of humans by encouraging “fit” people to mate and discouraging “unfit” people from procreating. In 1927, the Supreme Court signed onto this agenda.

In Buck v. Bell, the Commonwealth of Virginia argued that a young woman, Carrie Buck, her mother, and Carrie’s infant daughter exemplified “hereditary feeblemindedness.” The case was built on sham science and sleazy legal shenanigans, but the Supreme Court bought the state’s arguments. Virginia and other states were now free to forcibly sterilize people like Buck to prevent the birth of future generations of unfit people.

Buck’s mother was a suspected prostitute. Buck was judged immoral for giving birth out of wedlock (after being raped). A local nurse testified that Buck’s infant daughter was “somewhat peculiar” somehow. These paltry facts were taken as scientific proof of genetic illness and doomed Buck’s life. In the decision, Oliver Wendell Holmes penned some of the most appalling words that ever emerged from the Supreme Court:

“It is better for all the world if, instead of waiting to execute degenerate offspring for crime or to let them starve for their imbecility, society can prevent those who are manifestly unfit from continuing their kind. The principle that sustains compulsory vaccination is broad enough to cover cutting the Fallopian tubes. Three generations of imbeciles are enough.”

Buck v. Bell led to the forcible sterilization of more than 70,000 Americans — 8,300 in my own state of Virginia. The story of Buck v. Bell and eugenics is told painfully and movingly in an eerie 49-minute 1993 documentary called “The Lynchburg Story” and in Edwin Black’s book “War Against the Weak: Eugenics and America’s Campaign to Create a Master Race.” I consider them must-watch and must-read for this topic.

People in the 1920s were thrilled by the power that statistical, pharmacological, diagnostical, and surgical innovations brought to medicine. But popular enthusiasm for these techniques led to a grotesque overestimation of the wisdom of experts and the desirability of state micromanagement of human beings.

Today, we’re equally thrilled by the prospects of genomic medicine, CRISPR, Big Data, and sharing intimate data through wearable devices and genetic testing companies. I myself am enthusiastic about these innovations. But the history of eugenics tempers my enthusiasm, making me wary of efforts to manipulate individual lives, based on this explosion of information. There’s reason to fear both the mandates and the prohibitions that governments will summon forth. Tread lightly.