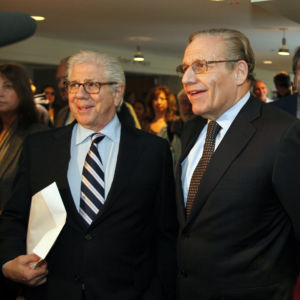 How the Ghost of Watergate Haunts This Election

There is a line of reasoning in political circles that says Barack Obama created the phenomenon of Donald Trump.

I aver that Donald Trump is a creation of the post-Watergate media. Collectively we have made running for office so absolutely awful, so fraught for families and careers that only two types of office seekers have the fortitude for public life: the grotesques, who are outside of the norms of the political culture, and the shopworn.

Both are on display as we trudge toward November, wondering how in a country of so much talent that so little of it has been on the ballot in this primary season.

The rot, I submit, began with Watergate when publishers and editors came to believe that the mission of the media was not only to scrutinize the policy views of elected officials but also to rip down the bedroom door, peer into the piggy bank and examine every word in print or on tape that a candidate has uttered since high school, whether in jest or earnest.

We confused personal rectitude — or rectitude according to the norms of public morality of the day — with sagacity, statesmanship and talent to lead. In the days before Watergate, Jack Kennedy could do with impunity what got Bill Clinton impeached.

Now that Watergate is 44 years behind us, its legacies are many, but two stand out.

The first is that journalists in large numbers were suddenly attracted to covering politics in a way that fewer had been previously. The late Arnaud de Borchgrave, who covered 18 wars, noted disapprovingly that young journalists nowadays aspire to cover politics when they used to aspire to be foreign correspondents.

Even in these days of restrained budgets, Capitol Hill, and to a lesser extent the White House, is flooded with journalists, from the national media to the smallest newsletter. Politics is big news and that is good for business. As the incredibly successful Politico editors like to say, “flood the zone.”

But Congress is a deliberative body and moves slowly, so the news maw is fed with gossip. When the secrets of the budget are not clear or hard to get at, there is always the personal conduct of those working on the budget. If a member of Congress goes out to lunch with someone, anyone, a family member, it will be reported somewhere.

Being in public life is now like being on trial day in and day out without knowing what evidence the prosecution has or when it will bring it forward. In fact, being in public life has become God awful and no talented person ought to want to do it.

No wonder no one holding public office wants to stray from the talking points. A few stray words can bring you down, unless you are so outlandish that you have nothing say but stray words in lieu of coherent ones, like Donald Trump.

Watergate washed away unwritten rules under which what political figures did after hours was not fair game. I once saved a Cabinet member from a situation with two “ladies” who did not have his best interests at stake. Everyone knew why a certain congressman liked to travel to Mexico — and it was not for tacos. Publicly, it was debated whether the statesman Sen. Daniel Patrick Moynihan drank too much and no less a person than that public scold, George Will, defended the New York senator by concluding that the great man drank just enough.

Olin “Tiger” Teague, a revered chairman of the House Science Committee, served drinks to his guests at 11 a.m. and if you wanted an audience, you enjoyed a glass of bourbon with the Texas congressman. Today, you are lucky to get a plastic bottle of water during a Capitol Hill visit.

A Capitol Hill secretary of my acquaintance was proud of the number of congressmen she had bedded, including some in leadership.

The post-Watergate, unwritten rules of scrutiny, which imply that in private conduct there are clues to public greatness, rather than bringing a new morality to politics, only frightened off the talented, the effective and the patriotic and created a space for the outrageous and the shopworn.

Look to Donald Trump and Hillary Clinton and wonder no longer how we got that unappetizing choice to lead the nation.