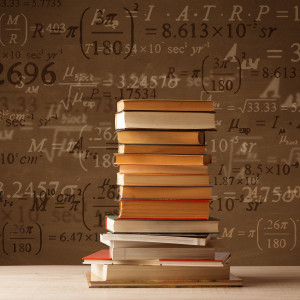 How the New Education Bill Will Impact the Common Core Debate

The bipartisan Every Student Succeeds Act signed by President Barack Obama on Thursday is being called a sweeping overhaul — and both Republicans and Democrats are claiming victory. But some education advocates and activists remain skeptical.

“A Christmas miracle, a bipartisan bill signing. This is a big step in the right direction,” the president said during a ceremony at the White House, surrounded by supporters, including two of the key congressional architects of the bill, Republican Sen. Lamar Alexander of Tennessee, head of the Senate Education Committee, and Democratic Sen. Patty Murray of Washington. In the House, the effort was led by Education Committee Chairman John Kline, R-Minn., and ranking Democrat Bobby Scott of Virginia.

After the bill passed the Senate 85-12 a day earlier, Majority Leader Mitch McConnell, R-Ky., said the ESSA puts “education back in the hands of those who understand their needs best: parents, teachers, states, and school boards.”

Republicans in both the House and the Senate said the bill, which replaces the George W. Bush administration’s increasingly unpopular 2002 No Child Left Behind law, will restore state and local control of the nation’s public schools, while Democrats said the new law reduces the focus on test scores and gives teachers more flexibility in the classroom.

Sen. Mike Lee, R-Utah, one of the 12 “no” votes in the Senate, said, “The only reform proposals that are given the time of day are those that seek to standardize America’s classrooms, enforce uniformity across school districts, and systematize the way that teachers teach and the way that students learn.”

Texas Sen. Ted Cruz, who has seen his poll numbers steadily rising in the 2016 Republican presidential race, said in a statement the bill “continues to propagate the large and ever-growing role of the federal government in our education system — the same federal government that sold us failed top-down standards like Common Core.”

Common Core standards, which were created by a coalition of states, became a particular sticking point for some conservatives after the Department of Education encouraged their adoption. ESSA supporters say the bill signed by the president gives states the right to reject the standards, which they say should help end any controversy over top-down control. Still, some anti-Common Core groups are unconvinced.

The Port Charlotte, Fla., activist told InsideSources on Thursday the ESSA is nothing more than the latest attempt to “rebrand” federal standards: “I think a lot of people drank the Kool-Aid that this bill devolves federal power down to the states and thought they were doing a good thing.”

Michael J. Petrilli, president of the Washington-based, right-leaning Fordham Institute and a supporter of Common Core, said Thursday’s action will take the emotionally-charged issue of federal control out of the argument and refocus the debate on educational standards.

“Most of the frustration with Common Core on the right has been about the federal involvement in encouraging states to adopt it,” Perilli said. “This law very clearly says that now is over … What’s so important about this bill is it sends the important decisions about education back to the states.”

“For conservatives out there whose main beef with Common Core was the federal element, they can now rest assured that’s over and now we can go back to debating these sets of standards on their own merits,” he said. “I’m hopeful this can actually help keep the Common Core or something very close to them in the vast majority of states.”

Lee’s colleague in the Utah delegation, Sen. Orrin Hatch, voted “yes” and defended the new bill online as an improvement on No Child Left Behind, telling readers:

·        It ends the failed federal goal of 100% proficiency by 2014, which had unfairly resulted in a failing grade for every school in America.

·        It ends the requirement that all schools that don’t meet goals for any subgroup of students are automatically identified as failing.

“Whereas No Child Left Behind prescribed a top-down, one-size fits all approach to struggling schools, this law offers the flexibility to find the best local solutions—while also ensuring that students are making progress,” he told listeners at the Learning Forward professional development conference.

Under the ESSA, however, the Department of Education retains regulatory powers, including the final say on how and when states determine schools are low-performing. The law also maintains annual testing requirements for grades 3-8 and in high school.