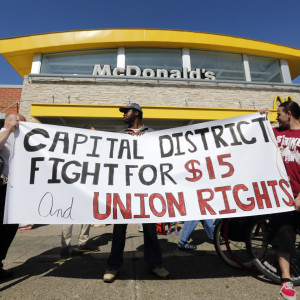 How the Obama Administration Is Accomplishing Its Agenda Through Regulation

Business leaders across the country are bracing as the Obama administration moves aggressively to implement a flurry of regulations that experts say could end up costing an assortment of industries billions of dollars.

Confronted by a defiant Congress where President Obama has little hope for legislative success, the administration has invoked regulatory authority to accomplish its agenda on several fronts, from the environment to the workplace.

The actions are not altogether surprising. Critics say the administration has routinely tested the limits of executive authority when facing opposition in Congress.

While business leaders warn the administration that the policies it is undertaking will do harm to the economy, the administration is getting support from bedrock Democratic constituencies, including labor unions and environmentalists.

The impact of the administration’s moves became clear in August when the National Labor Relations Board took the dramatic step of issuing a ruling that would enable unions to negotiate on behalf of workers at fast-food restaurants run by independent franchisees, as well as at companies that use contractors.

The move by the NLRB is likely to reshape the franchise industry, where entrepreneurs have been drawn by the lure of running their own businesses under popular brands without having to surrender complete autonomy to the larger franchise company.

Supporters of the rule say this will help protect workers’ rights. Once a worker is ruled a “joint employee” of both the franchisor and franchisee, it leaves the parent company responsible to make sure that the franchise is paying the minimum wage and ensure good working conditions.

Business leaders have called on the Republican-controlled Congress to sweep the ruling aside, but it is unlikely Congress could reach the two-thirds majority to override a presidential veto.

On the environmental front, businesses, particularly manufacturers, are increasingly concerned about the Environmental Protection Agency’s announcement of new regulations on October 1 that set tough new limits on ground-level ozone emissions.

The concern over the rule is in regards to the economic impact of lowering emissions from the current 75 parts per billion to a range of 65 to 70 parts per billion. The American Lung Association says the new level is still not the range it would like to see in order to protect public health, but supporters do believe lowering emissions should reduce respiratory problems, which can be exacerbated by pollutants.

EPA’s own analysis of the regulation puts its cost at more than $15 billion and estimates show that between 958 and 1,433 counties could be in noncompliance under new rules, according to recent analysis by the American Petroleum Institute. In addition, ozone levels are moving in the right direction having dropped more than 20 percent in the past decade.  Local officials also point to a host of environmental regulations set forth by the Obama Administration, many of which are expected to reduce ozone levels further in the years to come.

Business leaders question the timing of the regulations, noting that ground-level ozone has been cut by a third since 1980 because of regulations that are already in place. Moreover, critics point out that many counties across the nation are still struggling to comply with ozone standards that were put in place just seven years ago.

Even as the Obama administration pushes its agenda via regulation, it has been dealt some serious setbacks that raise questions about the scope of the administration’s authority to do so. A federal judge recently blocked an Obama proposal under the Clean Water Act that sought to increase government oversight of larger numbers of streams and wetlands, much to the dismay of the agricultural community.

U.S. District Court Judge Ralph Erickson of North Dakota said the proposal appeared to be built on legally-questionable reasoning and predicted that the more than a dozen states that had brought lawsuits against the proposal would succeed because the U.S. EPA appeared to exceed authority granted by the Clean Water Act.

“The risk of irreparable harm to the States is both imminent and likely,” the judge wrote.

This was not the first time this year that the Obama administration had been rebuked by the courts for overreaching its authority. In May, a federal appeals court upheld an injunction stopping President Obama from implementing DAPA, an executive action on immigration that would have suspended the deportation for 4 million undocumented immigrants.