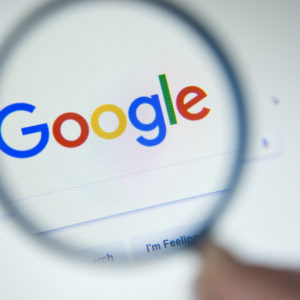 Regulators, lawmakers and presidential hopefuls haven’t hammered Google over privacy, bias and antitrust concerns as much as other Big Tech companies like Amazon, Facebook and Twitter, but Google is working to get ahead of that curve by throwing its cultural weight behind popular tech movements like net neutrality and the divisive Oracle v. Google case.

Through Oracle v. Google, Google casts itself as a benevolent, pro-competition and pro-innovation tech giant who wants to see small tech companies and startups flourish in a healthy free market — which pushes back on the idea that Google deserves the antitrust treatment.

But Washington’s recent animosity towards Silicon Valley may negate Google’s efforts to save face.

Google successfully monetized Android, raking in $31 billion in revenue and $22 billion in profit, according to an Oracle lawyer. Now, Oracle wants $9 billion of that pie, because Oracle says Google’s use of Java destroyed Oracle’s ability to license Java and forced Oracle to give Amazon a 97.5 percent discount to use Oracle’s Java instead of Google’s. Oracle even has internal emails between Google employees showing how they knew no other API platform was as good as Java, and intentionally ripped off Java for Android.

Google contends the APIs are fair use and not copyrightable, because the software industry routinely uses, reuses and modifies existing APIs to create new products and services. To copyright APIs could chill innovation and hamstring startup tech companies looking to use preexisting APIs in new ways — which is what Silicon Valley has done for years. It’s also what Google has done for years and built its business on.

(Some tech experts would describe this as edge providers making money off of content creators and software developers without fairly compensating those creators and developers.)

But the U.S. Court of Appeals ruled in Oracle’s favor, and Google appealed to the Supreme Court of the United States (SCOTUS), who just asked the Trump administration yesterday for its views on the case.

While no company — Google included — wants to give up even a small piece of a profitable business, a skim of Google’s court documents and the amicus briefs filed by tech think tanks like the Electronic Frontier Foundation (EFF) and Public Knowledge make Google’s stance very clear. If Oracle wins, innovation, small business and the tech community will suffer. Google considers itself on the side of the ‘little guy’ and the future of tech innovation.

For example, Google calls the appellate court’s ruling a “devastating one-two punch at the computer software industry” in its request for a deadline extension to file a petition to SCOTUS last fall.

In its 2014 SCOTUS petition (which SCOTUS denied), Google said, “The developer community has long understood that interfaces are free for everyone to use. That understanding has enabled all of the innovation described above, and much more. The Federal Circuit’s decision turns this understanding on its head, balkanizing computer languages and interfaces, requiring programmers to build from the ground up, precluding interoperability, and depriving consumers of the benefits of compatibility. At a bare minimum, that would make innovation much costlier and raise severe barriers to entry.”

“It is unusual for a decision of copyright law to implicate nearly every key modern technology, to upset settled expectations of industry, and potentially even to frustrate the ability of the federal government to do its job,” Public Knowledge and D.C.-based think tank the R Street Institute said in a joint amicus brief supporting Google in February. “Yet that is the situation of the present case.”

In a statement to InsideSources on SCOTUS’ request for the Trump administration’s opinion, Google repeated its pro-innovation message.

“The outcome of this case will have a significant impact on the future of American innovation,” a Google spokesperson said. “We are asking the Supreme Court to hold that copyright law supports the kind of interoperability that has been critical to the progress of software development in the United States.”

But the Trump administration already doesn’t view Google favorably, and the lobbying numbers don’t add up in Google’s favor.

In 2018 alone, Oracle lobbied the Executive Office of the President almost half a million dollars through lobbying group Navigators Global, while Google hasn’t lobbied the EOP at all at least since 2006, according to the Center for Responsive Politics.

Despite President Donald Trump’s fear over Google’s search algorithms being biased against conservatives, Google seems to have placated Trump’s worry that Google is more committed to the Chinese military instead of the U.S. military.

Google’s push to change the Big Tech narrative may not be too late. The Solicitor General will file a brief expressing the Trump administration’s views sometime over the summer — perhaps as late as August — so there is still time for Google to sway the administration in its favor. Meanwhile, the tech think tanks continue to advance Google’s cause.