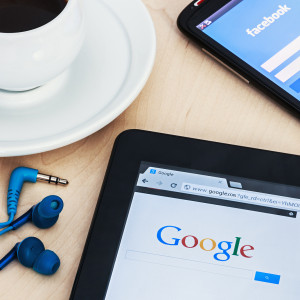 Will Copyrights Chill Innovation in the Software Industry?

Edge providers like Google benefit from a “free and open” internet where they don’t have to pay content creators or software developers for using their products, but the outcome of a lawsuit could change that.

APIs are essentially computer languages allowing two different software programs to communicate. For example, when you open a word document and type CTRL-P or COMMAND-P, an API communicates the command to print the document from your word processor to the printer. On the internet, APIs can allow an individual to use a preexisting account — like a Facebook or Google account — to log into a separate website, like a retail site.

The argument for Google is essentially the same as the one for net neutrality: the internet should always be free and open, thus edge providers should not pay to use APIs or excerpt or link to news stories, art, music and other intellectual property. In other words, copyright infringement should never be a liability for edge providers.

Some tech experts would describe this as allowing edge providers to make money off of content creators and software developers without fairly compensating those creators and developers.

In their amicus brief, the EFF argues that copyright law was inappropriately applied to APIs, even though the software copyright debate sprawls several decades. Legally, patent and copyright law may both apply to software, although it is standard practice for tech companies to patent their software instead of copyrighting it.

Over the last 20 years or so, the rise of patenting in the software industry proved hugely expensive: not only are there millions of patents and “patent trolls” creating fake patents on a broad range of products, but innovators — including the tech industry — often shell out hundreds of thousands of dollars to patent lawyers to protect their work.

Software developers like Oracle want their APIs copyrightable, which would allow them to make a lot more money off other tech companies who use them (like Google) without legally preventing them from using their APIs, which a patent does. Proponents of copyrighting software say this actually encourages innovation.

Oracle sued Google in 2010 for using its APIs in Google’s Android operating system, and in March 2018 the U.S. Circuit Court of Appeals ruled in Oracle’s favor. Google appealed to the Supreme Court of the United States in January, but the SCOTUS has not yet taken the case.

“The court created enormous legal uncertainty for any software developer thinking about reimplementing pre-existing APIs,” EFF Special Counsel Michael Barclay wrote in a blog post on the new amicus brief. “If the first Federal Circuit opinion means that APIs are copyrightable … then there are few, if any, ways that a second competitor can enter a market with an API-compatible product.”

In multiple other blog posts, the EFF argues copyrighting APIs will hinder tech innovation and allow software developers to “block” competitors and “creative new products.” In a 2013 press release, the EFF highlighted computer scientists siding with Google, arguing that open APIs are “critical to innovation and interoperability in computers and computer systems.”

Part of the problem lies in the nature of an API. Many APIs may share the same basic computer language, so copyrighting them could be extremely difficult and throw the entire software industry into upheaval.

Public Knowledge also sided with Google in its amicus brief.

“It’s no overstatement to say that APIs underlie almost every facet of networked technology,” said Public Knowledge’s Policy Counsel Meredith Rose. “Everything from smart cities to health care to basic web functionality relies on APIs to be able to communicate with one another. The Federal Circuit’s decision in this case throws a huge swath of modern innovation into question, and has the potential to cripple development of ‘smart’ civic services. We support the petitioner’s request for certiorari, and hope the Supreme Court will review and reverse the Federal Circuit’s decision.”

The circuit court’s 2018 opinion specifies that APIs in general may not be copyrightable, but in Google’s particular case, they are. Thus, the decision may not have quite the sweeping effects some tech experts imagine. Innovators already navigate thousands of patents and the software industry still booms, so the argument that copyrighting Oracle’s APIs will set a precedent that will chill innovation may be exaggerated.

“Although Google, and the authority on which it relies, seem to suggest that software is or should be entitled to protection only under patent law — not copyright law — several commentators have recently argued the exact opposite,” Circuit Judge Kathleen O’Malley wrote in the majority opinion. “We thus decline any invitation to declare that protection of software programs should be the domain of patent law, and only patent law.”

Timothy B. Lee, a former adjunct scholar at the Cato Institute, wrote in the Washington Post in 2014, “Innovative companies have been forced to divert resource from hiring engineers to hiring patent lawyers. Large companies that are no longer on the cutting edge have been using broad patents to demand cash from smaller, more innovative companies. Many programmers and software entrepreneurs view patents as more a nuisance than a reward for innovation.”

In fact, Lee wrote, copyrighting software may be better for the industry as a whole.

“Patents are a poor fit for the software industry,” he wrote. “Software patents create a lot of unnecessary litigation while doing little to encourage innovation. … Copyright protection allows someone to independently develop software to achieve the ‘same overall result’ as a copyrighted program. In contrast, patent law doesn’t allow independent invention limiting the opportunities of future innovators and creating the risk of accidental infringement and wasteful litigation.”