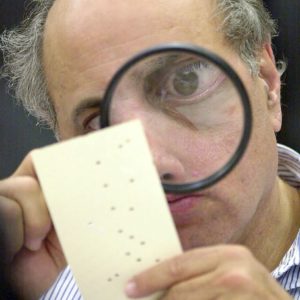 How to Avoid More Florida Recounts

Florida, it’s been fun, but there’s no need to keep having these dramatic recounts every 18 years.

As with most things in politics these days, the claims and accusations bandied about during this recount season overshadowed legitimate issues with our elections.

Here’s the reality: Florida found itself in what should have been a standard recount in response to a relatively close election. As much as we want to know the results quickly, counting mail ballots and provisional ballots takes time and often the count cannot be completed on Election Day

In addition, Florida allows active military and expats’ absentee ballots to be counted if postmarked by Election Day and received within 10 days after the election. So we have to give time for those ballots to be received. As observers, we must adjust our expectations accordingly.

Three statewide races since the turn of the century have seen an outcome flip: 2004 Washington governor, 2006 Vermont auditor and 2008 Minnesota U.S. Senate. In these three races the average change in vote total was about 300, and the vast majority of the difference between the original total and the recount total were of absentee ballots added to the count. We saw similar minor changes in Florida.

So how did the Florida election officials let the narrative slip away from them so dramatically? It’s a now all too common result of partisans who want to weaponize the administration of our elections by taking advantage of a few simple errors to fire up supporters with false claims of voter fraud. We also saw a confusing ballot face and too many provisional ballots.

These issues can be fixed with a few common-sense reforms that conservatives and liberals alike should support, along with a commitment from election administrators to do what is necessary to build confidence in the system at a time when our institutions are under attack.

For starters, given the political and technological realities of our modern age — every step along the way should be transparent. Results should be released regularly and according to any laws or regulations that exist. Representatives from the campaigns, parties and the media should be allowed to observe the count.

Next, election administrators need to plan better, and local jurisdictions need to fund those improved plans. Administrators need to take advantage of the free resources, such as those from the Center for Civic Design, about how best to design ballots to avoid undervotes, like what appears to have happened in Broward County, or votes for the wrong candidate, like what happened with Palm Beach’s infamous butterfly ballot in 2000.

Further, there is no excuse for any county not to have sufficient machines and staffing to count ballots in time to meet Florida’s certification deadlines. Large numbers of votes cast early and by mail, as well as long ballots requiring multiple pages to accommodate a large number of races and ballot questions and various languages, are not new developments.

Finally, steps should be taken to reduce the amount of provisional ballots that are cast. A provisional ballot is a failsafe and really should be a last resort when a voter’s eligibility cannot be determined. After all, ideally the voter shows up, checks in and casts a regular ballot.

Inaccurate and outdated lists are one of the leading causes of provisional ballots, creating delays on Election Day and slowing the counting process. As we’ve seen in Florida recently, high numbers of provisional ballots create more room for minor errors by the administrators and more opportunity for fear-mongering from the political class.

Fortunately, we can vastly reduce the number of provisional ballots by overhauling our registration system to use modern technologies to ensure that name and address information is as up to-date and accurate as possible. One way to do is automated voter registration, commonly known as AVR.  Automating the registration process will create more accurate and up-to-date lists, improve Election Day operations, and make recounts more efficient in close races.

AVR can also help to ensure that only eligible voters vote, for example, by connecting the voter list to another government list, such as a DMV list that contains citizenship information.

Finally, automating the data transmission not only means greater accuracy, it also saves money and time, which can be reallocated to address other potential threats like cyber security.

The fairness and accuracy of our elections are important to all of us. When elections are close, everyone wants to be confident that the count is done with integrity. Fortunately, our elections keep getting better. But as partisan attacks intensify, we must increase transparency and continue to make the changes necessary to maintain confidence in our elections. Florida has an opportunity to show the way forward.

Trey Grayson is a Republican who served as Kentucky’s secretary of state from 2004 to 2011. Grayson serves as an Advisory Board Co-Chair of the Secure Elections Project.