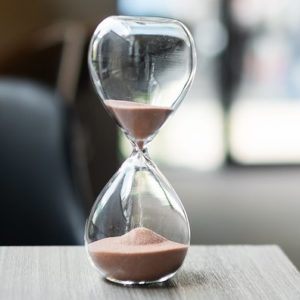 There is plenty of time in Botswana. I mention this because suddenly many people around the world are finding time hanging heavily as the coronavirus rages.

But there are cultures where time is part of the ethos, where filling it is an art. For example, look to shepherds in the Middle East, building complex cairns out of loose stones to fill in time. Look to parts of the world where people sit together in companionship but not conversing. You see it in the Middle East and Africa.

For most of the 1970s my father lived in Botswana. He loved the country; and from what I could see on annual visits, the country loved him. He was one of a small population of expats in the capital Gaborone. He had gone there from neighboring Rhodesia (now Zimbabwe) to work at his trade as a mechanic.

When he grew too old to handle the demands of the work, he switched to teaching simple mechanics at the local high school. These consisted of things like why a hammer needs to be balanced, the difference between British and American threads on bolts and how to ground an electrical installation.

Indeed, there was — and I am sure there still is plenty of time in Botswana.

Activities had to be crafted to take time.

One morning Dad told me he had to make a telephone call to his friend Peter Robbertse. “Good,” I said, expecting him to go to the phone across the room. Instead, he suggested yet another cup of tea, a staple of life among Brits in Africa.

Breakfast followed with more mentions of the need to make the phone call. So it went, “I must call Peter” and no call made.

Finally, just before 8 p.m., he picked up the phone and talked to his friend. After hanging up, he said, “There. That is something accomplished.”

Social visits were about the same.

We would go to “tea” — with cake and bread and butter. The town baker was skillful, and the cake was good. But, oh, the conversation.

At that time, there was no newspaper, no radio and no television in Botswana, so news was by word of mouth. As there was sunshine every day, there was not even the weather as a topic of conversation.

Our conversation went like this, “Jim got a new tire for his truck.”

“Yes, I heard it came on the train from South Africa. Only took about a month. Not bad.”

Long silence. Maybe some desultory remark like, “He needed it: The old one was always losing air.”

It would go on like that for an hour and a half or longer — people having nothing to say and yet enjoying each other in silence.

At the end of one such tea, my father got up, we said our thanks and farewells and went back to his cinderblock flat. He said something like, “I really enjoy these get togethers. Good to hear what is going on.”

I held my tongue, not mentioning that I had had better conversations alone in the bath.

No one ever said they were bored. Neither, noticeably, were they interested in the outside world.

Perhaps that might have upset them. I was not asked to hold forth on my racy life in Washington. Knowledge of the bigger world would not have sat well: It might have drawn attention to what their lives lacked and to the silence.

Fast forward to 1998. I am back in Botswana, sitting in the beer garden of the spanking new Holiday Inn in Gaborone. Things have sped up for Gabarone since its designation as the capital in 1966, when it was more of a village.

I am there this time covering President Bill Clinton’s Africa tour. I and four other reporters order lunch: hamburgers for all. But the waiter, instead of taking our order to the cook manning the grill, went to talk to other waiters.

Time went by. An irritated guy from a network said, “What is she doing? She has not put our order in.”

I explained, “She thinks we will want to be here for a very long time. This is a nice place to pass time in her view. She is being considerate. In Botswana there is plenty of time.”

I went to tell her that we were Americans and had no time. She understood.