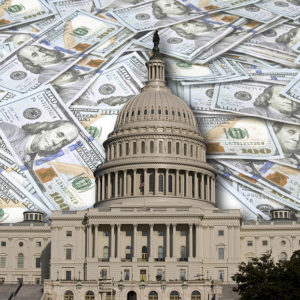 How To Stimulate the COVID Recovery Without Trillions in New Spending

The COVID recovery is going well, but it could be going better. America’s unemployment rate is already down from double digits to under 6 percent. New weekly jobless claims are down from record levels of more than 3 million at the height of the pandemic to about 400,000. With almost two-thirds of U.S. adults vaccinated, most of the economy is able to open up and is doing so right now. As it turns out, those big spending plans Congress and President Joe Biden have been working on are unnecessary.

We’re not all the way back, of course. People are still dying from COVID. The country is still short of herd immunity, and vaccination rates are slowing down. COVID will leave permanent scars on industries from entertainment to travel. Working remotely at least part-time will likely become permanent for millions of workers, which means downtown businesses that depend on commuters will likely never fully bounce back. Even when we’re back to normal, some things will be different.

But big spending programs are not the way to address today’s problems. Biden’s proposed $6 trillion budget would bring the government’s share of the economy to levels last seen during World War II. Congress is negotiating an infrastructure bill that will likely end up with a price tag of at least $1 trillion. These heavily politicized projects will hoover up investment capital that could have been used elsewhere and create mountains of debt that will eventually have to be repaid.

That doesn’t mean policymakers should idly stand by. They should do more to encourage vaccinations. Incentives like lottery drawings and free beer might strike some people as unseemly, but they can save lives. Returning to in-person schooling this fall—teachers union complaints notwithstanding—will free up a lot of parents who want to work, but currently can’t.

Policymakers can also make reopening easier by lifting unneeded regulations and trade barriers. Not only would these reforms provide powerful stimulus, but they would also do it without any new spending. Federal, state, and local regulators eased more than 800 regulations last year that were blocking access to telemedicine, medical supplies, and food and grocery deliveries, along with unneeded occupational licenses that were keeping people out of work. We’ve already seen the benefits. Now policymakers need to continue this important work as entrepreneurs look for ways to adapt to the new normal but find themselves blocked because they don’t have the right permit.

Steel and aluminum tariffs leftover from the Trump administration are adding hundreds of dollars to car prices and thousands of dollars to construction costs, at a time when housing prices are becoming unaffordable for many buyers. Congress could get rid of them today if it wanted to. Congress should also stop Biden’s proposed doubling of Canadian lumber tariffs, which would further increase housing prices while alienating an ally with whom we just signed the USMCA trade agreement. He has also proposed an additional $2 billion in tariffs against six mostly allied countries with whom we will be negotiating trade agreements in the near future. These would come into effect in the middle of the holiday shopping season.

Finally, as governments continue to lift COVID restrictions, they should keep in mind that cultural forces are far more important. People decided on their own to lock down well before governors issued any emergency orders. And people are deciding on their own when they feel safe resuming normal activities. Vaccination rates are the key. The more people get vaccinated, the more they will be willing to open up. The COVID recovery is well underway, even if there is still more to do. The political process has already set its course for massive spending increases. While this is the wrong approach, the least Congress should do is to also pass some actual stimulus policies like deregulation and freer trade.