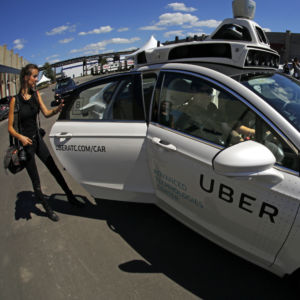 Uber, Lyft and other ride-hailing companies provide one-third or more of vehicle-for-hire trips in many metropolitan areas, providing tens of thousands of travelers with transportation services that simply would not exist without them. What is less well known is how radically these companies have exposed billions of dollars in inefficiencies and harm to consumers created by decades of flawed taxi regulation.

In a new report for the Institute for Justice, “Regulatory Overdrive,” my co-authors and I studied the taxi regulations and markets of 44 major U.S. cities. Instead of protecting consumers, taxi regulations have long protected businesses from competition. According to our report, the three largest taxi firms controlled more than 60 percent of a city’s cabs on average. (By comparison, the four biggest fast-food companies have a 35 percent market share.)

Many of today’s taxi regulations first took hold during the Great Depression, when driver income and company revenue were spiraling downward. Demand for taxis had cratered as household incomes fell and businesses cut back on expenses to stay afloat. Meanwhile, widespread unemployment prompted a dramatic increase in workers trying to make a living as taxi drivers. To stave off the chaos, taxi companies and drivers lobbied local governments to intervene.

In response, many cities capped the number of taxis that could operate and imposed licensing requirements to ensure “undesirable” elements — often immigrants and minorities — didn’t flood the market for drivers. And when those regulations made cities’ taxi markets less competitive to the detriment of consumers, cities adopted regulations to “protect” consumers. Their actual effects, however, were often counterproductive.

Until fairly recently, the vehicle-for-hire industry seemed to be dying, as ridership foundered. Researchers at Arizona State University found the use of for-hire vehicles was falling until 2001 when it leveled off before starting to increase slightly until 2009.

But thanks to the rise of new technology-based ride-hailing companies like Uber, Lyft and Sidecar, the percentage of personal rides with for-hire vehicles more than doubled between 2009 and 2017. In any given month, about 10 percent of Americans use a ride-hailing app. It’s little exaggeration to say ride-hailing may have saved the vehicle-for-hire industry.

By offering a personalized transportation service that lets customers order rides from their mobile phones, easily pay with credit cards, get a guaranteed price, and rate drivers, these companies are clearly fulfilling an unmet demand for customer-friendly services.

Lyft already has a market capitalization in excess of $15 billion, while Uber could be valued at as much as $120 billion if it goes public next year — a valuation higher than those of General Motors, Ford and Fiat Chrysler combined. Those valuations are all the more impressive given Uber and Lyft made their fortunes competing in an industry once thought moribund. From that perspective, the valuations could even be considered the indirect cost of decades of sclerotic taxi regulation.

Many local governments must now decide whether they will continue to allow their regulatory regimes to stifle conventional taxis. One compelling model for reform comes from Minneapolis. Until 2005, the city capped the number of taxi permits at 343. The permits, which were transferable, could easily fetch $25,000 on the secondary market. But Minneapolis began raising its cap, finally repealing it in 2011. Thanks to this liberalization, Minneapolis cab companies were in a better position to compete when ride-hailing entered the scene. Even after Uber, the number of taxis in Minneapolis remains 50 percent higher than in 2005, while the number of cab companies is nearly triple.

Rather than protecting company profits, cities would be far better off deregulating their local taxi markets, embracing the technology and consumer accountability hardwired into ride-hailing, and refocusing their energies on meeting customer needs.