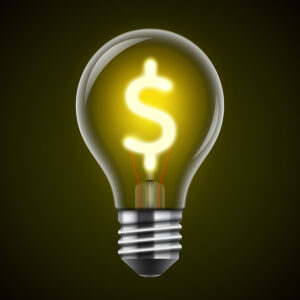 How Will The ‘Inflation Reduction Act’ Cut Utility Bills? It Won’t, Experts Say

And a recent Morning Consult poll found just 15 percent of independent voters believe the legislation will live up to its name.

Which may explain Democrats have suddenly shifted their language about the legislation to a “climate” bill, touting savings on energy costs it will bring American consumers. But will this new measure, with its $739 billion price tag, actually lower the cost of electricity, heating oil, or gas?

The League of Conservation Voters says, “The Inflation Reduction Act of 2022 is the largest investment ever to fight the climate crisis.” But relatively little of the $369 billion in climate spending will lower energy costs in the short term.

That is because, energy experts say, the spending is mostly in the form of tax breaks on money businesses spend building green energy production or switching to green energy sources. Some of the money also goes to homeowners and residential customers; but once again, only after they spend their own money weatherproofing their homes, switching to heat pumps, or buying electric vehicles.

In other words, there are no savings until ratepayers do some spending.

“The line of thinking is to subsidize supply, specifically for low-carbon and zero-carbon energy sources,” said Nick Loris of the Conservative Coalition for Climate Solutions (C3 Solutions). “All else being equal, increased supply will lower prices. But for that to happen, the energy sector needs the ability to build the necessary infrastructure in a timely fashion.”

Without the necessary regulatory modernizations, Loris says policymakers are failing to address the systemic problem that has frustrated investors and energy producers across the board.

“That’s particularly true in places like the northeast where heating oil has doubled in price since last year, but regulatory bottlenecks and NIMBYism has blocked the infrastructure for cost-effective alternatives,” Loris said. “Secondly, it’s important to remember that this isn’t $369 billion isn’t free money. Americans will have to pay for subsidies through more borrowing or higher taxes.”

However, if they spend part of that money buying new energy-efficient washing machines or heat pumps, won’t that reduce demand and, over time, lower prices? Not according to Kenny Stein, policy director for the Institute for Energy Research, a free-market think tank.

“For the heat pump or appliance example, the alleged cost savings are based on modeling that says renewables make electricity cheaper, therefore a new heat pump will save money,” Stein says. “But if renewables increase electricity prices (which they tend to do), then the modeled savings vanish.”

Why would renewables increase electric rates? Because moving large numbers of businesses and households from heating oil or natural gas to electricity (not to mention electric vehicles) means a massive increase in demand.

“Another wrinkle to the modeling is that supporters of the new law count improved efficiency from a new, greener appliance as savings. It’s true that a brand new heat pump is likely to run more efficiently than a 30-year-old furnace. But a brand new furnace would also run more efficiently. So a lot of the ‘heat pump efficiency’ savings are actually just ‘new appliance efficiency’ savings,” Stein said.

That may sound like common sense to some, but Anthony Watts of the Heartland Institute said many policy markers lack a basic understanding of basic math, physics, engineering, etc.

“Our electric grid was built by engineers, not by politicians,” says Watts, a senior fellow for environment and climate at Heartland. “These politicians are pushing a green agenda, insisting ‘this will be better, it will be cheaper, it will be economically feasible, it will save people money.’ They may or may not be sincere, but they are completely ignorant of the scientific reality behind these things.”

In the coming years, Watts predicted legislators who support the Inflation Reduction Act will try to fix its failures by making a push to nationalize energy.