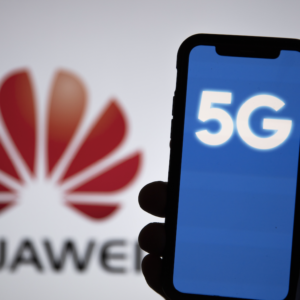 Huawei and 5G — Will Biden Administration Cave to the CCP?

As the Biden administration and its agenda take shape, it has become clear they’re moving to undo many of the actions of the Trump administration. On matters of vital national security though, it is critical that they think twice before reversing many policies – especially the tough approach to China across the board and particularly on the Chinese Communist Party’s plans to control global 5G networks.

Over the last few years, there has been a great fear that China – largely through its state-controlled company Huawei – would play a key role in the creation of the 5G networks around the world. A central role by Huawei, which has been labeled a national security threat by the U.S. government, in 5G infrastructure would raise significant security concerns across the globe.

Just a few months ago, many nations – including US allies like the United Kingdom – were moving to allow Huawei equipment and technology to be used in building its 5G network. The Trump administration, rightly worried about the impact on global security, took action to ensure that governments around the world would exclude Huawei from its 5G networks.

In what some have labeled one of the administration’s most important national security efforts, the U.S. launched the Clean Network program to get nations to ban Huawei from its networks. The United Kingdom reversed its earlier decision, and many other nations began to keep high-risk vendors, like Huawei, out of their networks. More than 60 nations around the world, including most NATO countries as well as Japan, Israel, Singapore, India, Australia, Vietnam, and many others, joined the clean network program.

The previous administration was extremely successful in leading this effort and convincing our allies to join and ensure global 5G networks were clean. We prevented high-risk Chinese companies from controlling any part of the 5G network. As a result, the tide was turned on China’s designs for 5G domination.

“Though its success has been a quiet one, Clean Network could turn out to be the Trump administration’s most enduring foreign-policy legacy,” Elisabeth Braw of the American Enterprise Institute wrote in a recent Wall Street Journal opinion piece.

The Biden administration must keep this successful initiative in place – along with other measures taken by the administration to keep pressure on China.

The South Korean government announced it will not interfere in the decisions of its private companies to use untrustworthy Chinese equipment. As a result, one of the nation’s three largest telecom companies – LG Uplus – continues to use Huawei as a vendor for its 5G network. According to a recent report from the Center for a New American Security, “[b]ecause of the ubiquity of the internet in even society’s most basic tasks, digital entanglement with China will continue to present a significant threat to South Korean security if it is not addressed. With LG Uplus 5G in place, these risks are already unfolding in real-time.”

It’s extremely concerning that our South Korean allies, who live under the daily threat of a hostile North Korea and host nearly 30,000 U.S. troops to maintain their border, is not taking seriously the increased threat that compromised 5G networks pose to their national security. The fact remains that their hands-off policy allows China to extend its reach into one of the world’s most dangerous hotspots.

Likewise, it’s disturbing to see a major Korean company ignore the potential threat of allowing Huawei to aid in building its 5G network. An unnamed State Department official told the Korean language Voice of America, “It is in the interest of every company to weigh the reputational and potentially legal risks of doing business with Huawei, a tool of the Chinese Communist Party’s surveillance state …”

The Biden administration needs to pick up where the Trump administration left off on this vital national security challenge and convince more nations around the world to join the Clean Network initiative. The free world must stand together to must make sure that we continue protecting clean networks and keep China out of our global 5G networks.

Richard Manning is president of Americans for Limited Government. He wrote this for InsideSources.com.