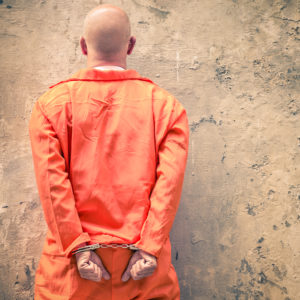 Posted to Politics February 07, 2020 by David Clarke and Bob White

The same guy who helped lose $60 billion in the Enron debacle is at it again. This time, instead of electricity and money, he’s set his sights much higher: putting our physical safety at risk by upending the criminal justice system.

Enron billionaire John Arnold claims to have cooked up a mathematical formula that can somehow predict whether a given criminal suspect will abscond or commit another crime — in other words, Mr. Arnold wants to play of game of Russian roulette but the gun is always pointed at your head, not his.

In his own words, Mr. Arnold claims to have “analyzed the data to determine which factors were most predictive of the likelihood a person will fail to appear at future court appearances or will commit a new crime – or a new violent crime – while awaiting trial.”

It ought to be called “hug-a-thug.”

We’re sure John Arnold picked up a lot of things as the “boy wonder” behind the Enron crash – things like how to draw the biggest bonus in Enron’s history even as the company is just days before bankruptcy. What he didn’t learn was how to predict criminals’ behavior.

We spent a combined more than 60 years in local and state law enforcement and were elected sheriff a combined seven times. We didn’t learn much about trading energy futures in all that time, but we did learn that nobody — and no mathematical formula — can predict whether a given criminal defendant will abscond or commit new crimes.

Want proof?  Talk to the family of Edward French, who was shot to death in San Francisco by a killer who had been locked away for firearms charges and parole violations until John Arnold’s “public safety assessment” tool put him back on the streets. Just 5 days later, Edward French was shot to death.

Spend a few minutes with June Rodgers of Millville, New Jersey. Her son, 26-year-old Christian Rodgers, was shot to death by a man who had been released just four days before on felony weapons charges — all because Arnold’s “black box” made a miscalculation.

New Jersey now effectively prohibits cash bail in virtually every case: defendants are either kept in custody until trial or they are released from custody. No bail is involved, although judges can still impose other conditions on release, such as requiring defendants to wear GPS ankle monitors or making them report periodically to a court officer.

Nevertheless, instead of applying their years of personal and professional experience to the unique facts of every case, New Jersey judges are now being compelled to use a computer-generated mathematical algorithm — John Arnold’s “public safety assessment” score – to decide whether a criminal defendant is to stay in custody or walk free.

After her son’s killing, June Rodgers rightly blamed Arnold’s algorithm for Christian’s death. She sued Arnold, former Gov. Chris Christie and other state officials, charging that the criminal justice changes they implemented were responsible for her son’s murder.

Two states and 29 metropolitan counties including Chicago, Houston, Phoenix and San Francisco, have adopted Arnold’s “public safety assessment” tool — and the results have been disastrous.

In New Orleans, officer Chad Clark was shot during a six-minute gun battle with two suspects whom Arnold’s “Public Safety Assessment” tool had determined to be of minimal risk to the community.

After New Mexico adopted Arnold’s “public safety assessment” tool, then-Governor Susana Martinez took the extraordinary step of warning Utah against it. Governor Martinez cautioned policymakers in her neighboring state to be “very skeptical of voices calling for misleading devices that would result in letting dangerous criminals back out on the street to terrorize communities.”

Pre-trial release determinations are complicated and fraught with danger to the public. They are difficult decisions best made on a case-by-case evaluation of all the evidence and circumstances by an experienced judge who has heard arguments on all sides.  You can’t leave those decisions to a mathematical formula.

To Enron billionaire John Arnold, the goal of the criminal justice system is to ensure that criminals “should be released with the least restrictive conditions as safely possible.”

To America’s sheriffs, it is public safety — not the release of alleged criminals — that must be the priority.