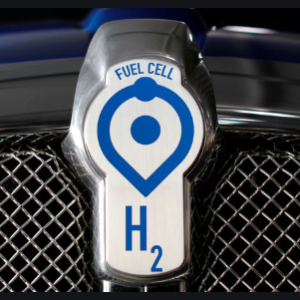 Hydrogen Is Back as the Green Fuel of the Future

Hydrogen as a clean fuel is back with a new mission and better ways of producing it.

Jan Vrins, a partner in Guidehouse (formerly Navigant), a leading consulting firm, says hydrogen is a critical component in the carbon-free future of electricity. He told a press event at the National Press Club in Washington that the role of hydrogen as a storage medium as well as a clean fuel will be vital going forward.

Vrins, who heads a team of 800 consultants and researchers at Guidehouse, told reporters that Europe is ahead of the United States in the new uses of hydrogen and in offshore wind development as a hydrogen source. The two are linked, he said, and hydrogen will grow in importance in the United States.

In the bleak days of energy shortage in the 1970s and 1980s, hydrogen was hailed as a magical transportation fuel. Cars would zip around with nary a polluting vapor, except for a drip of water from the tailpipe.

But this white knight never quite got into the saddle. Hydrogen wasn’t easily handled, wasn’t easily produced and wasn’t economically competitive.

Now hydrogen is back as a carbon-free fuel — a means of sopping up excess generation from wind and solar, when production from those exceeds needs, and as an alternative source of energy storage besides batteries.

In theory, hydrogen may yet make it in transportation via fuel cells. But that puts it in competition with electric vehicles for new infrastructure.

Unlike the 197os and 198os, today there is natural gas aplenty for producing hydrogen. Vrins calls this a “bridge” until hydrogen from water takes over.

Hydrogen doesn’t have the same properties as natural gas, and these must be accounted for in designing its use. It has greater volume than an equivalent amount of natural gas and it’s very volatile. But it can make electricity through fuel cells or burning.

Hydrogen isn’t found free in nature, although it’s the world’s most plentiful element — water is made of hydrogen and oxygen. To get hydrogen, coal or natural gas must be steam-reformed, or it can be extracted from water with electrolysis — a development that isn’t missed on companies like Siemens which makes electrolyzer units. Siemens is a leader in a field that is fast attracting engineering companies.

Hydrogen needs special handling and must be engineered into a system. It can’t be treated as being a one-for-one exchange with natural gas at the turbine intake. It has a lower energy density which means it must be stored under pressure in most instances.

Adam Forni, a hydrogen researcher at Guidehouse with an extensive background in natural gas and hydrogen, told me the emphasis today is on reforming natural gas and desulfurizing it in the process with carbon capture, use and storage (CCUS) technology. This gas is known as “blue hydrogen,” as opposed to gas from electrolysis which is known as “green hydrogen.”

Green hydrogen is the long-term goal of Guidehouse’s Vrins and his team. It makes alternative energy more efficient.

The Los Angeles Department of Water and Power has announced  it will convert an 1,800-megawatt coal-fired power plant located in Utah to 800 megawatts of all hydrogen. Initially, the plant will burn 70 percent blue hydrogen and will convert to 100 percent green hydrogen by 2045.

But even blue hydrogen with CCUS is a clean fuel, emitting no carbon. Natural gas when burned emits about half the carbon of coal; blue and green hydrogen, zero.

At the Washington press event, Vrins said hydrogen will help in the creation of microgrids which are the coming thing as utilities reorganize themselves. He said natural gas could be piped to the site and then reformed into hydrogen or, better yet, green hydrogen could be made on-site with the surplus electricity from windmills and solar installations.

Vrins sees a future when the grid or microgrid doesn’t need all the power being produced it can be diverted to electrolyzing water and making hydrogen, thus acting as an energy storage medium with greater versatility than batteries. Batteries draw down quickly, whereas hydrogen can be stored in quantity and used over time, as natural gas is today.

Hydrogen is one of the tools as utilities go green. It’s back all right.